Washington, D.C. (May 20, 2019) – The Biotechnology Innovation Organization (BIO) today announced that former U.S. Department of Agriculture (USDA) Secretary and former two-term Governor of Iowa Tom Vilsack will receive the 12th annual George Washington Carver Award for Innovation in Industrial Biotechnology. The award will be presented on Wednesday, July 10, 2019, during a plenary session at the 2019 BIO World Congress on Industrial Biotechnology and AgTech. The world’s largest conference on industrial and agricultural biotechnology and partnering event will be held July 8-11, 2019, at the Iowa Events Center in Des Moines, Iowa.

“I am humbled to receive this award,” said Vilsack. “Every day there are scientists and researchers in the bio-based industry helping to meet the twin challenge of adapting to and mitigating the consequences of a changing climate while also increasing our capacity to feed an ever-increasing world population in a safe and sustainable way.”

“Secretary Vilsack has been one of the strongest advocates in promoting America’s bio-based economy,” said BIO President and CEO James C. Greenwood. “From his time serving as governor of Iowa—America’s top ethanol producer and a leading state in biomass and renewable chemical production—to his leadership at USDA, Secretary Vilsack consistently championed policies that advanced industrial biotechnologies and grew America’s rural economy.”

The George Washington Carver award is sponsored by the Iowa Biotechnology Association. “Secretary Vilsack represents a leader who has tirelessly championed biotechnology, and truly embodies the characteristics of George Washington Carver,” said Jessica Hyland, Executive Director of the Iowa Biotechnology Association. “Through this award, we recognize his focus on ensuring biotechnology in its diverse forms can thrive. IowaBio is proud to have Secretary Vilsack receive this award. He has contributed so much to Iowa and to this country through his service and leadership. His impact on advancing biotechnology and recognizing its impact on rural economy is unmatched.”

As the longest serving cabinet appointee in President Barack Obama’s administration, serving as secretary of USDA from 2009-17, Vilsack championed the bio-based economy as one of the four pillars that support our country’s rural economy. As a result, USDA created several initiatives and programs that promoted renewable biomass and feedstocks, bio-based products and renewable chemicals, advanced and cellulosic biofuels, and rural infrastructure and manufacturing.

As the two-term governor of Iowa from 1999-2007, Vilsack was a strong supporter of the role of biotechnology for both food production and industrial processes. During his tenure he was chair of the Governors Biotechnology Partnership and the Governors Ethanol Coalition as well as vice chair of the National Governors Association’s committee on Natural Resources, where he developed policies around farming and energy. Prior to his governorship, Vilsack served in the Iowa State Senate from 1993-99 and as mayor of Mt. Pleasant, Iowa, from 1987-92.

Vilsack currently serves as the president and CEO of the U.S. Dairy Export Council (USDEC), where he provides strategic leadership and oversight of USDEC’s global promotional and research activities, regulatory affairs and trade policy initiatives.

Each year, the BIO World Congress recognizes an individual who has made a significant contribution to building the bio-based economy through the George Washington Carver Award. It serves as a lasting memorial to the original vision of George Washington Carver, who—over a century ago—pioneered bio-based products, materials and energy derived from renewable agricultural feedstock. Industrial biotechnology is the modern-day equivalent of Carver’s vision.

Secretary Vilsack becomes the 12th recipient honored with the award. Past recipients include:

All programs for the 2019 BIO World Congress are open to members of the media. Complimentary media registration is available to editors and reporters working full time for print, broadcast or web publications with valid press credentials.

About BIO
BIO is the world’s largest trade association representing biotechnology companies, academic institutions, state biotechnology centers and related organizations across the United States and in more than 30 other nations. BIO members are involved in the research and development of innovative healthcare, agricultural, industrial and environmental biotechnology products. BIO also produces the BIO International Convention, the world’s largest gathering of the biotechnology industry, along with industry-leading investor and partnering meetings held around the world. BIOtechNOW is BIO’s blog chronicling “innovations transforming our world” and the BIO Newsletter is the organization’s bi-weekly email newsletter. Subscribe to the BIO Newsletter. 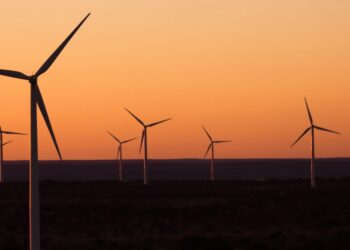 Bunge to use renewable energy at U.S. production plants