ExxonMobil’s Baton Rouge Refinery is the fifth largest refinery in the United States with a workforce of nearly 3,000 employees and contractors. Processing more than 500,000 barrels of crude oil daily, the refinery manufactures hundreds of products, including gasoline, diesel fuel, jet fuel, lubricating oil, food-grade waxes and chemical feedstocks. The refinery is fully integrated with the adjacent ExxonMobil Baton Rouge Chemical Plant and several other ExxonMobil sites in the Baton Rouge area. Founded in 1909, ExxonMobil’s Baton Rouge Refinery is situated on more than 2,100 acres near the Mississippi River.

During her tenure in Baton Rouge, Moncada championed the North Baton Rouge Industrial Training Initiative by growing program participants, adding a millwright career path and by hiring wage interns directly to work at ExxonMobil. The free, fast-tracked program connects North Baton Rouge residents with quality jobs in the industry. Moncada also served as chair of the Louisiana Mid-Continent Oil and Gas Association (LMOGA) board and on the Baton Rouge Area Chamber Executive Committee and board advocating for workforce development and inclusion and diversity initiatives.

A native of Canada, Oldreive received his bachelor’s degree in mechanical engineering from the Technical University of Nova Scotia, Canada, in 1995. That same year, he joined Imperial Oil as an inspection engineer for the Dartmouth Refinery where he worked until 2004 while pursuing his master’s degree in business administration from Saint Mary’s University in Halifax, Nova Scotia. Oldreive then served in regional supply coordinator and senior planning roles for Imperial Oil Downstream.

In 2007, he assumed the role of technical manager for the Strathcona Refinery. Oldreive later joined ExxonMobil Asia Pacific Pte., Ltd, as the business team manager for the Pulau Ayer Chawan (PAC) Refinery in Singapore and then relocated to California as technical manager at the Torrance Refinery. In September 2014, Oldreive returned to the Strathcona Refinery as the operations manager, a position he held until 2016 when he began his most recent assignment as refinery manager.

In addition to his role as Baton Rouge Refinery manager, Oldreive will serve as the chair of the North Baton Rouge Industrial Training Initiative, on the LMOGA board and on the Baton Rouge Area Chamber board.

“I am eager to experience the rich culture in Louisiana and Baton Rouge, and to become involved in the many community efforts that ExxonMobil supports here,” said Oldreive. “The workforce is one of the most skilled and respected across the Americas, and I’m hopeful I can help our site win investment, keep our refinery competitive and preserve quality jobs in Baton Rouge.” 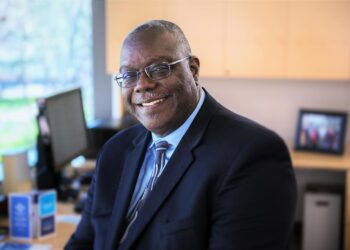