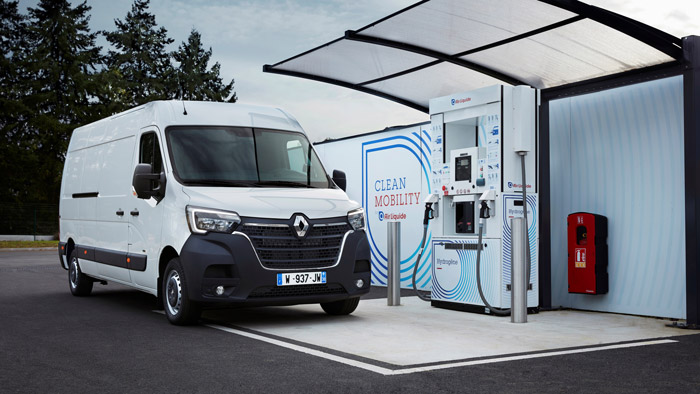 A player for 120 years in the light commercial vehicle (LCV) market, Renault today ranks as the leading van brand in Europe (excluding pick-ups), with a 16.7% share of the market in the first half of 2019.

Groupe Renault is also a pioneer and the European leader in electric LCVs, with a 41.5% market share, mainly with its best-seller, Kangoo Z.E. After launching its fourth electric LCV, Master Z.E., in 2018, Groupe Renault plans to electrify its entire van range by 2022.

Outside Europe, Renault is stepping up its presence in China, with RBJAC (Renault Brilliance Jinbei Automotive Company), in South Korea, with the launch of Renault Master, and in Latin America, where it holds a 16.9% share of the market and has launched a new Kangoo model.

Another advantage of hydrogen is that charging takes just five to 10 minutes. Renault proposes to optimize the use of its electric light commercial vehicles (LCVs) with hydrogen by removing range-linked obstacles. Hydrogen responds to the requirements of professionals yet to be fulfilled by electric vehicles, notably for their long-distance travel needs.

Groupe Renault’s hydrogen technology was developed in partnership with Symbio, a Groupe Michelin subsidiary. The group will be launching Renault KANGOO Z.E. Hydrogen at the end of 2019 and Renault MASTER Z.E. in mid-2020.

As announced in the Groupe Renault’s Future Strategic Plan (2017-2022), the automaker’s vision is to provide sustainable and broadly affordable mobility complying with current and future standards. By sharing R&D investments and technologies within the Alliance, Groupe Renault is supporting market developments with an extensive range of electric motors, hybrid power trains, and new-generation petrol and diesel engines offering greater driving pleasure and power and featuring cutting-edge pollution-control technologies.

A pioneer in affordable electric vehicles, Groupe Renault intends to maintain its role as a forerunner in Europe and make headway in new markets, including China, the world’s number-one electric vehicle market, with Renault City K-ZE. Groupe Renault plans to propose eight 100% electric models. New ZOE is now equipped with the new WLTP-certified Renault R135 electric motor and a new battery with a range of 395 km WLTP.

To make the electric experience widely available to the population as a whole, 12 models will be electrified by the end of the plan in 2022. Two technologies have been launched: full hybrid (E-TECH) and full plug-in hybrid (E-Tech Plug-in). By 2020, three Renault models will be available in hybrid: New Clio (HEV), New Captur (PHEV) and New Mégane (PHEV).

While on-board hydrogen is not yet broadly accessible and produced on a decarbonized basis, it is being developed in addition to battery-only applications for captive company fleets, intensive use and LCVs. In Europe, 125 stations are available, in France, 26 stations are currently open and 100 are planned to open by 2020.

Infrastructures with increasingly decarbonized hydrogen are developing to support the development of this energy. Given the substantial financial investments required (nearly EUR1 million per charging station), governments are stepping up support and economic aid through plans addressing mobility, transport flows and professional transport, as well as the decarbonization of the hydrogen industry and the storage, in the long term, of renewable energies. 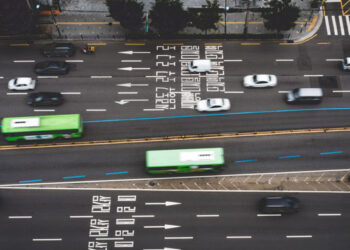