“Since joining the company in June 2020, Tim has provided significant leadership and direction in our efforts to strengthen and grow HollyFrontier’s Refining segment. In 2021, he also played a key role in the company’s acquisition and integration of the Puget Sound refinery from Shell. In recognition of these contributions, we are excited to announce Tim’s promotion to the position of president and chief operating officer and look forward to his continued contributions in his new role,” said Jennings.

Go has served as executive vice president and chief operating officer of HollyFrontier since June 2020. Prior to joining HollyFrontier, he served as chief executive officer of the general partner of Calumet Specialty Products Partners, L.P. from January 2016 to April 2020. He retired from Calumet in June 2020. Prior to joining Calumet, Go worked in roles of increasing responsibility at Flint Hills Resources and in downstream operations at ExxonMobil.

HollyFrontier Corporation, headquartered in Dallas, Texas, U.S.A., is an independent petroleum refiner and marketer that produces high value light products such as gasoline, diesel fuel, jet fuel and other specialty products. HollyFrontier owns and operates refineries located in Kansas, Oklahoma, New Mexico, Washington and Utah and markets its refined products principally in the Southwest U.S., the Rocky Mountains extending into the Pacific Northwest and in other neighboring Plains states. In addition, HollyFrontier produces base oils and other specialized lubricants in the U.S.A., Canada and the Netherlands, and exports products to more than 80 countries. HollyFrontier also owns a 57% limited partner interest and a non-economic general partner interest in Holly Energy Partners, L.P., a master limited partnership that provides petroleum product and crude oil transportation, terminalling, storage and throughput services to the petroleum industry, including HollyFrontier Corporation subsidiaries. 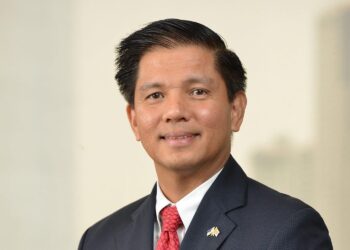