Idemitsu Kosan to buy a stake in Showa Shell

A shrinking oil market due to a falling birth rate and an ageing population, in addition to significant gains in vehicle fuel efficiency, have resulted in lower oil consumption for Japan. According to the Petroleum Association of Japan (PAJ), total fuel demand reached a peak of 246 million kilolitres (KL) in 1999, and a structural downward trend has continued since 2000.

Japan’s powerful industry ministry is keen for consolidation to take place in the refining sector, where five big operators and three smaller ones vie for business. According to a Showa Shell report, Japan’s refining sector has seen an average capacity reduction of 13% for Fiscal Years 2008 to 2012 against 1990 levels. The industry ministry has called for a further 10% reduction in crude oil processing capacity by the end of March 2017.

Idemitsu Kosan and Showa Shell said they are “in full-scale discussions with the aim of management integration.”

The combined companies would control about 28% of Japan’s refining market, still behind JX Holdings Inc., which has a 35% share. Idemitsu and Showa Shell currently have no plans to integrate or scrap refineries and intend to maintain both companies’ brands for the time being.

A takeover of Showa Shell by Idemitsu would be the second merger in the industry since JX was formed in 2010.

“If the deal goes through, there will be four major players. But that will not likely be the final picture, and I think further integration is possible,” Idemitsu Kosan President Takashi Tsukioka said.

JPMorgan Securities Japan Co., Ltd. was the financial advisor for this transaction.

“We are aiming for a merger based on a spirit of equals….” Idemitsu said.

Showa Shell was established on January 1, 1985, by a merger of equals between Showa Oil Co., Ltd. and Shell Sekiyu K.K. The former was originally established on August 1, 1942, by consolidation amongst three companies: Hayama Oil, Asahi Oil and Niitsu Oil. In April 1949, Showa Oil Co., Ltd. received authorization from the Japanese government as an oil distributor and made a return to the business after a respite in World War II. In June 1949, Showa Oil concluded an agreement with Royal Dutch/Shell Group for crude oil import and technical know-how exchange. This relationship was further strengthened through the equity participation of Royal Dutch/Shell Group in Showa Sekiyu K.K. in June 1951.

“There’s a lot of room for them to streamline logistics and distribution functions,” said Shusaku Nishikawa of Daiwa Securities.

Both are also in the lubricants business.

Parent Royal Dutch Shell reported a 37% decline in second-quarter profits and said it expected to sell USD 30 billion of assets between 2016 and 2018, in addition to the USD 20 billion worth of assets it sold in 2014 and 2015.

The international oil major said it should complete the Showa Shell sale in 2016 subject to regulatory approval and that it would retain a 1.8% holding in Showa Shell. 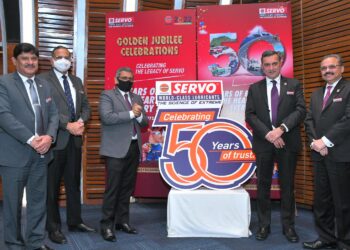 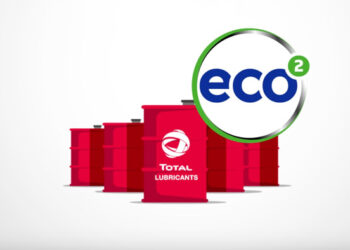