The shift to a clean energy system is set to drive a huge increase in the requirements for critical minerals, such as lithium, nickel, cobalt, manganese and graphite, which are crucial to battery performance, longevity and energy density, according to a recent report from Paris-based International Energy Agency (IEA).

Solar photovoltaic (PV) plants, wind farms and electric vehicles (EVs) generally require more minerals to build than their fossil fuel-based counterparts. A typical electric car requires six times the mineral inputs of a conventional car and an onshore wind plant requires nine times more mineral resources than a gas-fired plant. Since 2010, the average amount of minerals needed for a new unit of power generation capacity has increased by 50% as the share of renewables in new investment has risen, according to the IEA.

The types of mineral resources used vary by technology. Lithium, nickel, cobalt, manganese and graphite are crucial to battery performance, longevity and energy density. Rare earth elements are essential for permanent magnets that are vital for wind turbines and EV motors. Electricity networks need a huge amount of copper and aluminium, with copper being a cornerstone for all electricity-related technologies, the IEA report says.

The energy sector is emerging as a major force in mineral markets, according to the IEA report. Until the mid-2010s, for most minerals, the energy sector represented a small part of total demand. However, as energy transitions gather pace, clean energy technologies are becoming the fastest-growing segment of mineral demand. In a scenario that meets the Paris Agreement goals, their share of total demand rises significantly over the next two decades to over 40% for copper and rare earth elements, 60-70% for nickel and cobalt, and almost 90% for lithium. EVs and battery storage have already displaced consumer electronics to become the largest consumer of lithium and will take over from stainless steel as the largest end user of nickel by 2040.

As countries accelerate their efforts to reduce emissions, they also need to make sure that energy systems remain resilient and secure, the IEA report said.

“Today’s international energy security mechanisms are designed to provide insurance against the risks of disruptions or price spikes in hydrocarbons supply, oil in particular. Minerals offer a different and distinct set of challenges, but their rising importance in a decarbonising energy system requires energy policy makers to expand their horizons and consider potential new vulnerabilities. Concerns about price volatility and security of supply do not disappear in an electrified, renewables-rich energy system.”

A concerted effort to reach the goals of the Paris Agreement would mean a quadrupling of mineral requirements for clean energy technologies by 2040, the IEA said. An even faster transition, to reach net-zero globally by 2050, would require six times more mineral inputs in 2040 than today.

In climate-driven scenarios, mineral demand for use in EVs and battery storage is a major force, growing at least 30 times to 2040. Lithium sees the fastest growth, with demand growing by over 40 times in the IEA Sustainable Development Scenario (SDS) by 2040, followed by graphite, cobalt and nickel (around 20-25 times). The expansion of electricity networks means that copper demand for grid lines more than doubles over the same period.

The rise of low-carbon power generation to meet climate goals also means a tripling of mineral demand from this sector by 2040. Wind takes the lead, bolstered by material-intensive offshore wind. Solar PV follows closely, due to the sheer volume of capacity that is added. Hydropower, biomass and nuclear make only minor contributions given their comparatively low mineral requirements. In other sectors, the rapid growth of hydrogen as an energy carrier underpins major growth in demand for nickel and zirconium for electrolysers, and for platinum-group metals for fuel cells.

The prospect of a rapid rise in demand for critical minerals poses huge questions about the availability and reliability of supply, the IEA says. Some minerals such as lithium raw material and cobalt are expected to be in surplus in the near term, while lithium chemical, battery-grade nickel and key rare earth elements (e.g. neodymium, dysprosium) might face tight supply in the years ahead. Long term, expected supply from existing mines and projects under construction is estimated to meet only half of projected lithium and cobalt requirements and 80% of copper needs by 2030.

The IEA report identified several vulnerabilities that may increase the possibility of market tightness and greater price volatility:

These risks to the reliability, affordability and sustainability of mineral supply are manageable, but how policy makers and companies respond will determine whether critical minerals are an enabler or a bottleneck in the global transition to a clean energy system. Today’s mineral supply and investment plans fall short of what is needed to transform the energy sector, raising the risk of delayed or more expensive energy transitions, the IEA report concluded. 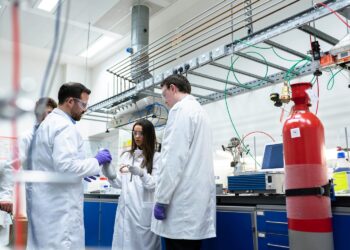 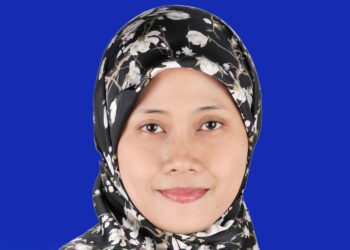 Business model innovation is key during the energy transition