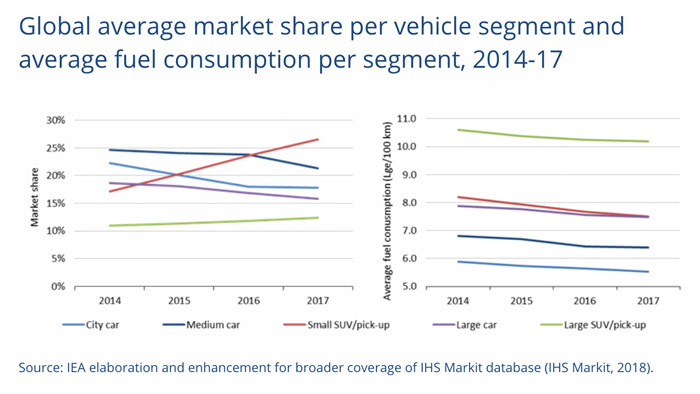 The fuel economy of cars and other light-duty vehicles has slowed down in recent years, according to the International Energy Agency (IEA), which has released a report, “Fuel Economy in Major Car Markets,” produced in cooperation with the Global Fuel Economy Initiative (GFEI).

After improving by an average of 1.7% per year from more than a decade, fuel economy gained just 0.2% a year in advanced economies between 2015 and 2017, the IEA report said. Twenty-seven countries, including Sweden, Canada and the United Kingdom, saw their fleet fuel economy stagnate or worsen.

The report builds on a series of Global Fuel Economy Initiative (GFEI) working papers investigating the fuel economy of newly registered light-duty vehicles (LDVs) across the world from 2005 to 2017. The results are tracked relative to established GFEI targets, which are an intermediate target of 30% improvement of new LDV fuel economy, weighted globally, by 2020, and 50% by 2030.

The global average fuel consumption of newly registered light-duty vehicles (LDVs) reached 7.2 litres of gasoline-equivalent per 100 kilometres (Lge/100 km) in 2017 within an LDV market where sales have grown by around 10% between 2015 and 2017. The average fuel consumption between countries differs substantially among countries, ranging between 5.2 Lge/100 km and 8.9 Lge/100 km.

The average fuel economy improvement rate between 2015 and 2017 slowed down to 1.4% per year, which is the lowest since the GFEI benchmarking started. This is one-third of the required improvement rate (3.7% per year) to meet the 2030 GFEI target, owing to the lower improvement between 2005 and 2017. The reduction of the average fuel consumption per kilometre slowed down in advanced economies to only 0.2% per year, on average, between 2015 and 2017, with more than 20 countries experiencing a reversal in the evolution of their fuel economy. In contrast, the improvement of fuel use per kilometre in emerging economies accelerated to 2.3%.

Key drivers of the recent developments of the average fuel consumption include the rapid decline of diesel sales in several major vehicle markets, most notably in Europe, the advanced economy with the greatest reliance on this powertrain technology. Since 2015, diesel shares have fallen by 5-15 percentage points in the largest EU markets, a change that was not sufficiently counterbalanced by the 1-3 percentage point growth of electrified LDVs to maintain efficiency improvements over gasoline vehicles.

The growing consumer demand for larger vehicles – a characteristic that has been common to all vehicle markets despite ongoing efficiency improvements per vehicle segment – is also a major determinant of recent developments in the average fuel economy of LDVs. The market share of sport utility vehicles (SUVs) and pick-ups has grown by 11 percentage points since 2014 and, in 2017, represented nearly 40% of the global LDV market. North America and Australia have had a particularly high market share of SUVs/pick-ups, closing in on 60% in 2017. Most of the growth has taken place in the small SUV/pick-up segment, which includes many cross-over versions of popular passenger cars.

A third important, determining factor in recent global fuel economy developments is the shift in market structures of advanced economies. There has been a decline in the market share of North America (which has larger and, therefore, less efficient vehicles), and a subsequent growth of the relevance of markets characterised by the smaller and more efficient vehicles sold in Europe, Japan and Korea. This has been accompanied by a contextual increase, for emerging economies, of the relevance of the People’s Republic of China – where fuel economy is subject to regulations requiring significant fuel economy improvements – and India, a market that has traditionally been characterised by large shares of small and fuel efficient cars. 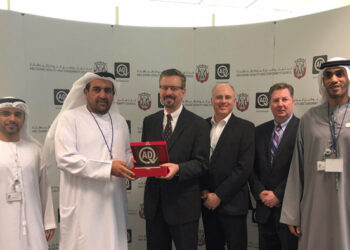 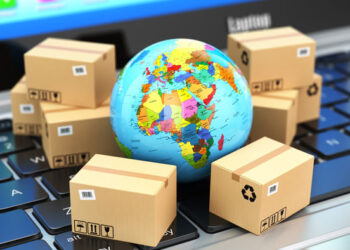