India’s National Green Tribunal (NGT) has banned all 10-year-old diesel and 15-year-old petrol vehicles in the country’s capital Delhi.  This latest ruling which covers all light and heavy vehicles is an upgrade of an earlier ruling in December which banned both petrol and diesel vehicles older than 15 years from Delhi roads.

The special court was established in 2010 under the National Green Tribunal Act for the effective and expeditious disposal of cases relating to environmental protection and conservation of forests and other resources.

“We might mention that a number of countries in the world are in the process or have prohibited diesel vehicles or are in the process of doing away with them by imposing very heavy taxes. We have already noticed that certain stringent measures need to be taken to ensure that residents of the area do not travel closer to ill-health with each breath they take,” said the principal bench of the court, Justice Swatanter Kumar.

“We direct all diesel vehicles, heavy or light, which are 10 years old will not be permitted on the roads of Delhi and NCR,” the NGT said.

The Delhi government had estimated that the December 2014 order would take more than 2.9 million vehicles off the road. It is not yet known how many additional vehicles will be affected by this recent order.

The tribunal also gave 20 hours to the government and the agencies concerned to ensure that all entry points of Delhi have units to check pollution levels, weight and age of any vehicle entering Delhi.

But experts warned that if the new diesel vehicles replacing the banned ones continue to ply on the existing quality of diesel then the advantage gained from the tribunal order could be negated over time.

“The number of 10-year-old diesel vehicles in the entire NCR is not known, but is expected to be substantial. Removing them will give pollution reduction benefits. However, this benefit can be negated if additional measures are not taken to control dieselisation of the new car sales and bring clean diesel fuel and advanced emissions-control technologies that are possible only under Euro V and Euro VI standards,” said Anumita Roychowdhury, executive director — Research and Advocacy at the Centre for Science and Environment, a Delhi-based green think tank.

The government of India, which owns most of the refineries in the country, has told the court that the refineries are willing to produce Euro VI-compliant fuels by 2020.  However, this has to go hand-in-hand with vehicles that are equipped with Euro VI-compatible after treatment systems.

In related news, the Indian government launched a new air quality index on 6 April. Environment Minister Prakash Javadekar said the government would publish air quality data on a website for 10 cities, amid growing public concern over the impact of air pollution on the health of India’s 1.2 billion people. Delhi has been named by the World Health Organization (WHO) as the world’s most polluted city.

“The Air Quality Index may prove to be a major impetus to improving air quality in urban areas, as it will improve public awareness in cities to take steps for air pollution mitigation,” Javadekar said as he launched the index at a conference on the environment.

The new index would initially cover 10 cities – Delhi, Agra, Kanpur, Lucknow, Varanasi, Faridabad, Ahmedabad, Chennai, Bangalore and Hyderabad – each of which would have monitoring stations with Air Quality Index display boards. The aim is to eventually cover 66 cities.

India, the world’s third highest emitter of greenhouse gases, has come under pressure to tackle its rapidly rising emissions since the United States and China committed last November to start reducing their own emissions. 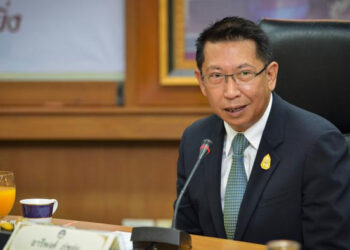