Home / FLD / India opens bidding for its stake in BPCL

The government is inviting bids for the sale of its entire 52.98% stake in India’s state-owned oil company, Bharat Petroleum Corporation Limited (BPCL). Deloitte Touche Tohmatsu India LLP has been appointed as the transaction advisor for the stake sale.

The Centre will set the reserve price for the stake sale after receiving bids and the selected bidder will have to make an open offer to acquire at least another 26% stake from minority shareholders, and put the money in escrow for the entire offer, according to the bid document  issued by the Department of Investment and Public Asset Management. Interested parties must have a minimum net worth of USD10 billion.

“CPSEs and central government owned cooperative societies–where the government ownership is 51% or more–are not eligible to participate in the proposed transaction,” the bid document said.

The last date for the submission of expressions of interest is 2 May 2020.

After being established in the 1920s as Burmah Shell, an alliance between Royal Dutch Shell and Burmah Oil Co and Asiatic Petroleum (India), BPCL was nationalized in 1976 by an Act of Parliament.

The Union Cabinet had cleared the proposal for strategic sale of government’s 52.98% stake in BPCL on 20 November 2019, along with the transfer of management control to a strategic buyer after taking out the Numaligarh Refinery Ltd. in Assam from the company’s portfolio. The refinery will be hived off before BPCL’s privatisation, and will be taken over by another state-owned company, finance minister Nirmala Sitharaman said at the time.

The Assam government has given a no-objection certificate (NOC) for the sale of 61.65% BPCL stake in Numaligarh Refinery (NRL). The sale of NRL to a state-run entity is seen as a first step towards the divestment process of BPCL. The state has given the NOC to the deal on the condition that another 13.65% in NRL will be sold to Assam, increasing its total stake in the project from 12.35 to 26%.

This sale will precede the divestment of BPCL, which is expected to happen only after October 2021, owing to the COVID-19 lockdown in India, and the decline in oil company valuations. From a three-month high of INR501.65 (USD6.56) per share on 5 February 2020, BPCL shares dropped by 27% to INR355.25 (USD4.65) on 22 April 2020, as the May contract for the U.S.benchmark crude West Texas Intermediate (WTI) reached negative territory for the first time on 20 April since the New York Mercantile Exchange (Nymex) launched crude oil futures. Based on current market capitalization, the government stake in BPCL is valued at around INR42,750 crore (USD5.6 billion).

NRL was incorporated in 1993 as part of the Assam Accord signed in 1985. Assam’s Chief Minister Sarbananda Sonowal had written to India’s Prime Minister Narendra Modi for an exemption of NRL from the divestment process. The Assam government has exercised its right of first refusal, thus clearing BPCL’s divestment process, on the condition that the buyer will sell  BPCL’s 13.65% stake in NRL refinery to the state, for the same price.

Oil India, which has a 26% stake in NRL, has expressed interest in acquiring the BPCL stake. BPCL has already lined up a development project to boost the capacity of NRL from 3 million tonnes per annum (mtpa) to 9 mtpa, at an investment of INR22,000 crore (USD2.8 billion). 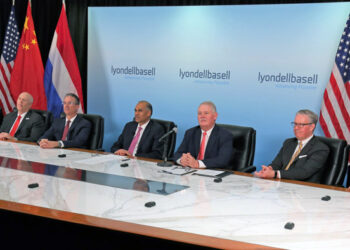 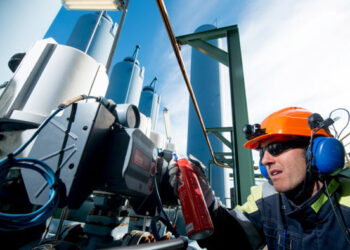