Indonesia, which has 112 million motorcycles on its roads as of 2019, has launched a pilot project to convert motorcycles to electric. The government has set a target of having 13 million electric motorbikes by 2030. Ten motorbikes have been converted so far, and 90 more are to follow by November.

The government has also set an ambitious goal to stop all sales of petrol and diesel vehicles by 2050. By 2030, Indonesia has set a goal to have 2.2 million electric cars on the roads. The largest Southeast Asian country has more than 15 million cars as of 2019, according to GAIKINDO, the Association of Indonesia Automotive Industries. Indonesia is the second-largest car manufacturing nation in Southeast Asia, after Thailand.

“To create economies of scale, we have to create a market,” Energy Minister Arifin Tasrif said during the project launch.

The government also has plans to convert public buses that use fossil fuels to run on electric batteries.

Indonesia is one of the most important nickel producers in the world. About a quarter of the global deposits are located there. Thus, the government wants to build up an ecosystem for electric batteries by creating a significant domestic market for electric vehicles.

Recently, the government established the Indonesia Battery Holding to spur the development of a processing industry for electric batteries with several state-owned companies as stakeholders. These include Mining and Industry Indonesia (Mind Id), PT Pertamina, PT Perusahaan Listrik Negara (PLN), and PT Aneka Tambang (Antam). Each own a 25% stake in the Indonesia Battery Corporation. 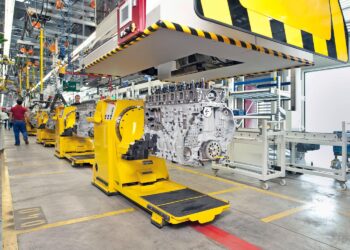