JXTG Nippon Oil & Energy Corporation is acquiring the Osaka refinery, which is currently operated by Osaka International Refining Company, Limited (OIREC). After the acquisition is completed, JXTG will cease to operate the oil refinery and repurpose it as an asphalt-fueled electric power facility. This change is expected to take place in October 2020. OIREC is currently operated through a joint venture between JXTG and PetroChina International (Japan) Co., Ltd. (PCJP), a wholly-owned subsidiary of PetroChina International Co., Ltd.  (PCI).

JXTG said the decision is being made, “amid the challenging environment of the petroleum oil industry, with structural domestic demand decline and severe competition in Asia.”

Meanwhile, JXTG Nippon Oil & Energy has exchanged a memorandum of understanding with PetroChina International (Japan) to consider continuing their collaboration, including the potential location transfer of the petroleum refinery business operated by OIREC from the current Osaka refinery to the Chiba refinery.

The Osaka refinery started operations in January 1971. It has a refining capacity of 115,000 barrels per day. JXTG and PCJP established OIREC in October 2010 and have been jointly operating the Osaka refinery since that time. The two companies have been discussing the future of their collaboration after the expiration of the current contract, which ends in September 2020.

After reviewing the functions, attributes and other aspects of the JXTG Group’s refineries in view of maintaining the current strategic framework of utilizing the refinery operation skills of JXTG and the product marketing expertise of the PCI Group, JXTG concluded that utilizing the export capabilities of the Chiba refinery would best contribute to the business development of OIREC. Details of the matter are subject to further discussions.

JXTG has been considering a number of options for the optimization of the manufacturing and supply network of its refineries and plants since the establishment of the JXTG Group in April 2017 in order to strengthen its competitiveness while maintaining safe operations and a stable supply.

JXTG restructured its Muroran plant into a terminal and integrated the operations of its Kawasaki refinery and Kawasaki plant in April 2019, and in light of the increasingly severe business environment, it has decided to terminate refinery operations at the Osaka refinery.

JXTG will continue to pursue the optimization of its manufacturing and supply network while maintaining a stable supply, in order to strengthen the competitiveness of the entire supply chain in its core petroleum and chemical product businesses and lay the foundation for successful competition in Asian and international markets. 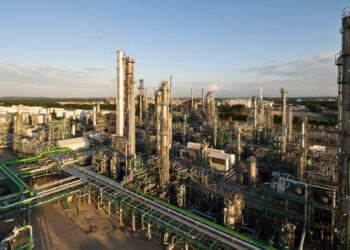 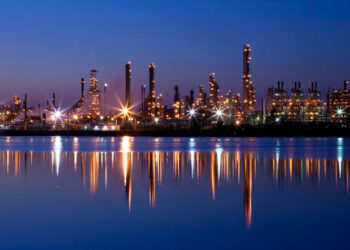