Market share of electric vehicles continues to grow in EU 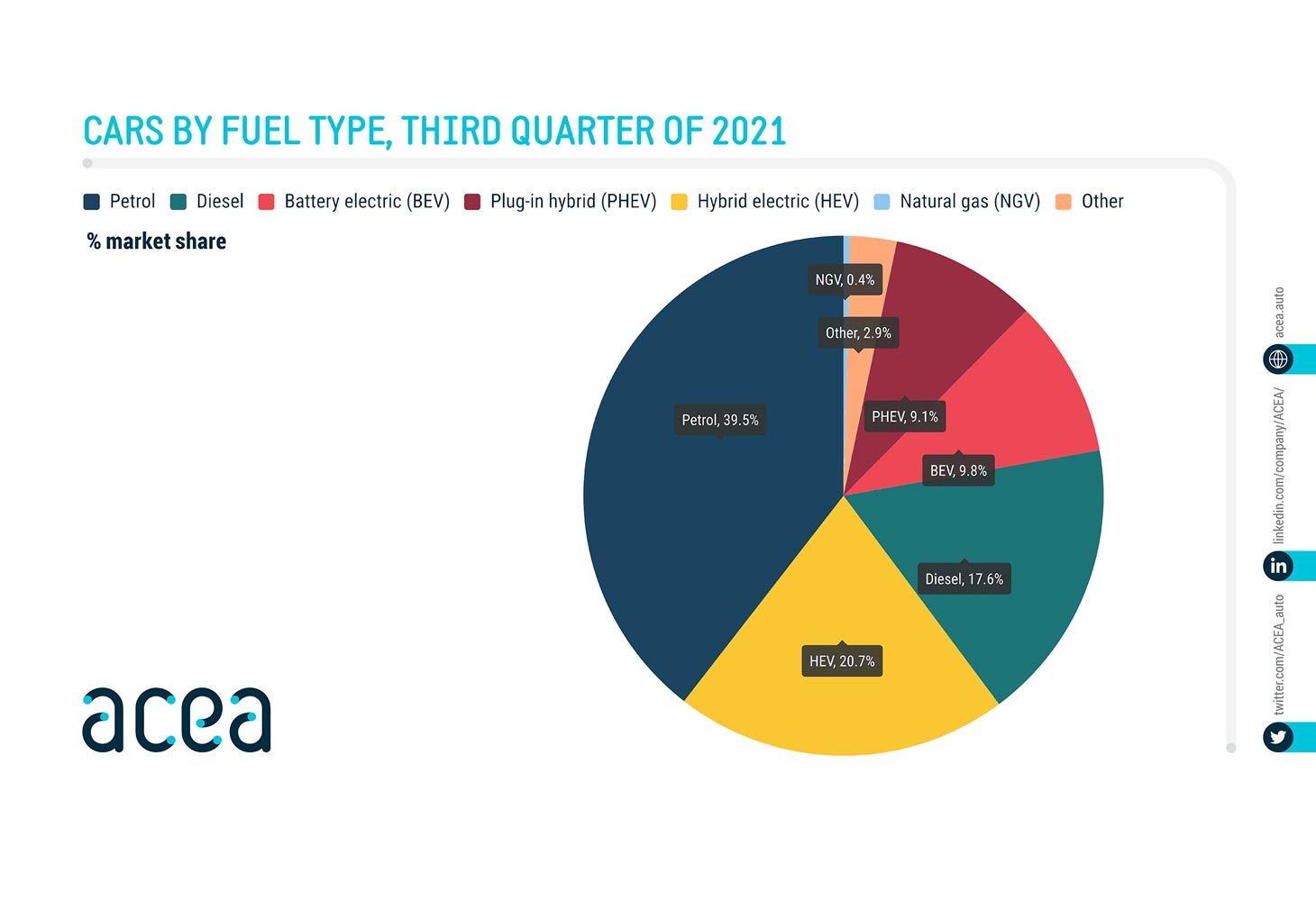 In the third quarter of 2021, the market share of electric vehicles further expanded in the European Union (EU), at the expense of petrol and diesel vehicles, according to data from the European Automobile Manufacturers’ Association or ACEA.

Both battery electric cars and plug-in hybrids nearly doubled their share during the three-month period – accounting for 9.8% and 9.1%, respectively, of the market. Registrations of hybrid electric passenger cars accounted for 20.7% of the total EU market during the third quarter, surpassing diesel to become the second most popular powertrain option in the European Union for the first time.

From July to September 2021, conventional petrol and diesel cars continued to lose ground, almost completely absorbing the impact of the overall decline in car registrations of the last three months. Sales of petrol cars contracted by 35.1% to reach 855,476 units, with their share shrinking from 47.6% in the third quarter of 2020 to 39.5% of the market this year.  Diesel struggled even more, as its market share fell by more than 10 percentage points, from 27.8% to 17.6%, during the same period. Registrations of new diesel cars more than halved across the EU, from 769,922 units sold last year to 381,473 in the third quarter of 2021.

During the third quarter, demand for battery electric vehicles (BEVs) in the European Union increased by 56.7%, totalling 212,582 units. This despite the overall decline in registrations of new cars over the three-month period, with growth being boosted by BEV incentives in various markets. As a result, the four major EU markets all posted double or even triple-digit percentage gains: Italy (+122.0%), Germany (+62.7%), France (+34.6%) and Spain (+21.8%).

Plug-in hybrid electric vehicles (PHEVs) also expanded their share of EU car sales, with registrations rising by 42.6% to 197,300 units. Italy saw the strongest growth of the four key markets, with PHEV sales increasing by 130.6% during the third quarter of 2021, followed by Spain (+87.5%), France (+49.5%) and Germany (+37.5%). Demand for hybrid electric vehicles (HEVs) saw a strong increase over the past three months (+31.5%) and, with almost half a million units sold, they remain the most popular alternative powertrain in volume terms.

This growth got an extra boost from the Central European markets, where demand for hybrid cars grew by 69.3% from July to September 2021. Sales of natural gas vehicles (NGVs) in the European Union saw a substantial drop during the third quarter (-48.8%), mainly affected by decreasing demand in Italy (-39.0%), which is traditionally the largest market for this type of vehicles. Registrations of LPG-fuelled cars, on the other hand, increased by 28.1% to reach 62,574 units, with the strong French performance (+103.2%) offsetting a decline in Italy (-4.7%). 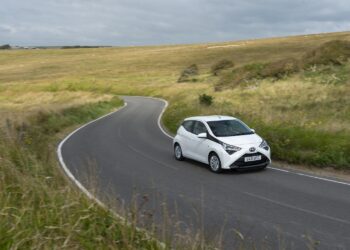 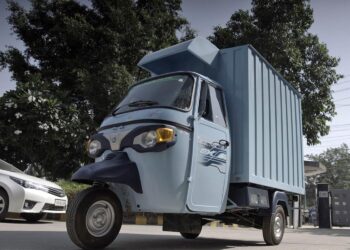