Neste AB announced that it has sold its entire stake in Nynas AB to Bitumina Industries Ltd, a global bitumen company active in more than 100 countries. Neste, which owned 49.99% of Nynas’ total outstanding shares of 67,352, is the world’s largest producer of renewable diesel refined from waste and residues.

The transaction, which closed on September 15, 2020, is an important step in the ongoing company reorganisation of Nynas.

The value of the transaction was not disclosed, as “The parties have agreed not to publish the purchase price and details around it,” Neste’s Chief Financial Officer Jyrki Mäki-Kala said in a written response to F&L Asia.

The Bitumina Group is a vertically integrated specialty Bitumen company which has expanded its business on a global scale and is active in more than 100 countries. AXIS Strategic Partners and law firms ReedSmith LLP – UK & DELPHI in Sweden are advising Bitumina on the transaction.

As a result of the ownership changes, Bitumina is now the largest shareholder in Nynas AB. Nynässtiftelsen owns 35% and Venezuela’s state-owned oil company, PdVSA, 15% of the shares in Nynas AB.

Nynas is a Swedish manufacturer and marketer of naphthenic specialty oils and bitumen products. Nynas has four refineries: Harburg in Germany, Nynäshamn and Gothenburg in Sweden and Eastham in the UK. Eastham is a joint venture with Shell.

In October 2019, Neste announced that it had fully written-off its investment in the Swedish naphthenic base oil producer in the third quarter of 2019, following U.S. sanctions on Nynas.

“We made an initial EUR86 million (USD95 million) writedown in our Nynas shareholding in Q3/18. With this recent write-down of EUR34 million (USD37 million) the shareholding is fully written off from our balance sheet. It means that Neste as a minority shareholder of Nynas does not have any assets or liabilities regarding the company,” said Susanna Sieppi, vice president, Communications of Neste Corporation, in October 2019.

On 25 August 2017, the U.S. issued trade sanctions against Venezuela (Executive Order 13808 of August 24, 2017) and Venezuela’s state-owned oil and gas company Petróleos de Venezuela, SA or PdVSA for short. Nynas’ troubles started when The Trump administration imposed an oil embargo in January 2019, barring dealings with Venezuela’s oil sector, including U.S. imports of Veneuzelan crude oil, which then stood at 586,000 barrels per day (bpd). Nynas mostly buys and processes naphthenic crudes, which are good for asphalt or bitumen production and also are difficult to source. Venezuela’s Western crude grades had traditionally been Nynas’ primary source of oil.

Nynas filed for reorganisation in December 2019. As part of the reorganization, it changed its ownership structure. Originally, Nynas’ ownership consisted of the Dutch company PDV Europa B.V., which owned 50.001% of the shares, and Neste AB, which owned the remaining 49.999%. PDV Europa B.V. is part of the group of companies of which PdVSA is the parent. The majority shareholder in PdVSA is the Venezuelan state. Neste AB is a subsidiary of the Finnish company Neste Oyj. The largest shareholder in Neste Oyj is the Finnish state.

The U.S. Treasury Department’s Office of Foreign Asset Control (OFAC) lifted its sanction against Nynas in May 2020, following the divestment of 35% of the shares owned by PdVSA, making PdVSA a minority, instead of the majority, shareholder in Nynas. The 35% share divested by PdVSA has been transferred to Nynässtiftelsen, an independent Swedish foundation, controlled by Nynas’ interim President and CEO Bo Askvik. PdVSA still owns 15% of Nynas’ shares.

Regarding Neste’s sale to Bitumina, Neste’s Mäki-Kala said: “We have been an owner in Nynas since the 1990’s and have seen the company develop into a global leader in naphthenic specialty oils and a premier bitumen partner in Europe. We believe that the sale of Neste’s shares in Nynas to an industrial player with a strong focus in the same sector is the right solution for Nynas, recognizing also the ongoing reorganization process.”

Bernd Schmidt, executive chairman of Bitumina Industries Ltd., commented that its purchase of the majority stake in Nynas is a natural expansion of Bitumina’s portfolio and will allow the group to take a top position in European bitumen markets, complementing its strong presence in Latin America. The acquisition is within its successful vertical integration of products and services offered globally, the Bitumina executive chairman said.

“We take great pride in having been able to acquire the shares of Neste in Nynas which is a natural expansion in our global industrial bitumen portfolio. We are certain that we can contribute to the successful future of Nynas,” Schmidt said.

The Nynas reorganization is still ongoing and Bitumina Is engaged with all stakeholders to reach an agreement, and has substantial financial backing to execute this transaction in a timely manner, Bitumina said. To successfully complete the reorganisation, discussions continue with Nynas’ main creditors.

Nynas has applied for an extension of the company reorganisation and a court decision is expected on September 17. Nynas and the administrators expect to complete the reorganisation within the coming three-month period. 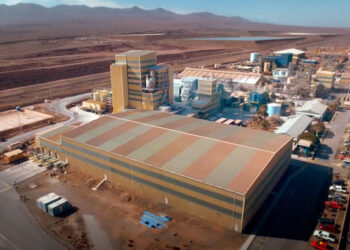 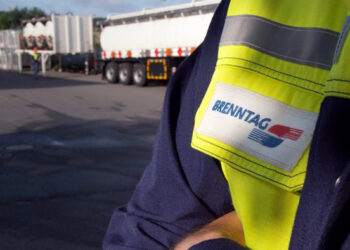