Photo by Daniel Prado on Unsplash

API’s New Category Evaluation Team (NCET) has been reviewing the need for a new diesel engine oil category since a request by the Truck and Engine Manufacturers Association (EMA) in March 2021. The call for a new category was due to anticipated advancements in engine technology in the North American market. During the first week of December, NCET recommended that the DEOAP move forward with the proposed category.

PC-12 will maintain the two C and F subcategories established during the development of API CK-4 and API FA-4. The new specification will provide increased oxidation performance in both categories, as well as new wear test capability with the inclusion of the Ford 6.7L Valve Train Wear Test and the DD13 Scuffing Test. PC-12 will feature improved aftertreatment capability concerning chemical limits and the expansion of elastomer compatibility in both subcategories. Lower viscosities will be added to the F subcategory.

Backwards compatibility will be maintained in the C subcategory, while the F subcategory is intended to replace FA-4 and does not need to retain backwards compatibility. The NCDT will also need to deal with pending test obsolescence as the Mack T-11 and Mack T-12 tests are unlikely to be available due to a lack of test hardware. NCDT will confirm a replacement for the Mack T-11 as required.

The recommendation included a request for a first licensing date no later than January 1, 2027, which coincides with the anticipated 2027 implementation date for the U.S. Environmental Protection Agency (EPA) and California Air Resources Board (CARB) heavy-duty on-highway regulations. December 1, 2026 was recommended for first licensing.

The inaugural NCDT team meeting was held on 9 December. An ad hoc funding group has also been established and will work in parallel with NCDT to resolve funding issues. 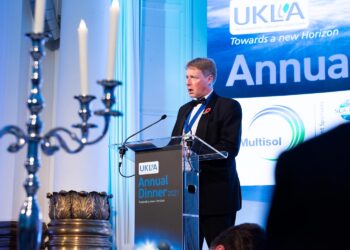 UKLA president: Lubricants industry is part of the solution