SINGAPORE, Jan. 30, 2018 /PRNewswire/ — The Board of Directors (the "Board") of EMAS Offshore Limited (the "Company" and together with its subsidiaries, the "Group") refers to the announcement made on 18 January 2018 ("Previous Announcement"). Unless otherwise defined, terms used in the Previous Announcement shall have the same meanings when used herein.

As previously announced, EVLB and the Company received a notice dated 15 January 2018 (the "Notice of Termination") from a wholly-owned subsidiary of PPTB, PPHSB, of an alleged termination event (the "Termination Event") enabling PPHSB to terminate a Shareholders' Agreement dated 21 August 2013 between PPHSB, the Company and EVLB ("Shareholders' Agreement"). Under the Notice of Termination, the Company is required to sell 37,333,604 ordinary shares it holds in EVLB (the "Default Shares") to PPHSB at the price of US$1 (the "Option Price").

By way of a letter dated 29 January 2018, the Company notified PPHSB and EVLB that it disputes the Termination Event and the purported termination by PPHSB of the Shareholders' Agreement (the "Notice of Dispute").

Without prejudice to the Company's right to challenge and dispute the purported termination of the Shareholders' Agreement by PPHSB, the Company exercised its right under the Shareholders' Agreement to dispute the Option Price and served a notice of valuation of the Default Shares on PPHSB and EVLB (the "Notice of Valuation") by way of a separate letter dated 29 January 2018.

The Company has reserved its rights to claim all loss and damages suffered arising out of and in relation to PPHSB's purported termination of the Shareholders' Agreement, including all costs incurred not limited to any valuation conducted and valuer's fees incurred.

The Company will provide further updates when there are material developments in respect of the above. Shareholders and potential investors should consult their financial, tax or other advisors when in doubt as to what action they should take.

This announcement is subject to disclosure in accordance with section 5-12 of the Norwegian Securities Trading Act.

By Order of the Board

This information was brought to you by Cision http://news.cision.com 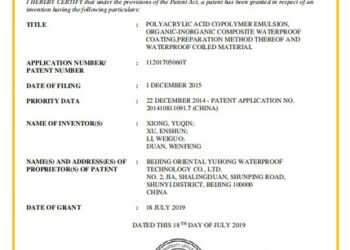