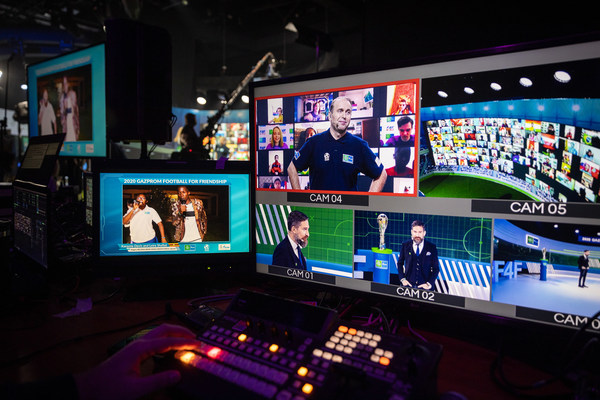 Due to the pandemic, the project F4F is being organised this year, as in 2020, in the form of an e-sports event. Boys and girls aged 12 to 14 years from 211 countries will come together in 32 friendship teams to take part in the e-Championship of F4F 2021. The competition will be contested on "F4F World", the football simulator that is available free of charge in 27 languages on MS Windows, Apple MacOS, Android and iOS. The simulator can also be used outside of the actual championship by fans of the online game, all year round, worldwide and free of charge.

As Victor Zubkov, chairman of the supervisory board of Gazprom, explains, "In view of Covid-19 and the restrictions associated with it, we decided at fairly short notice in 2020 to switch temporarily to a digital format. In doing so, we wanted to contribute to children being able to remain in contact with each other in a worldwide network under the unifying umbrella of the nine values of F4F."

Within just a few weeks, the multiplayer simulator F4F World had been created. It is a gaming platform on which international team matches can be organised in real time. In addition, F4F has initiated a broad discussion about how to adapt children's football to the conditions prevalent in the corona pandemic.

The highlights of the 2021 Championship are the official draw of the teams on 14th May, the online International Friendship camp from 15th to 23rd May and the 2021 Football for Friendship eWorld Championship from 27th to 29th May.

"I hope very much that the pandemic will soon be just a memory and that action-packed football and other sports events will once again be held out of doors in the fresh air and sunshine. Nevertheless, we are entering a new digital era in which we make active use of hybrid forms of communication," said Frank Ludolph, Head of the UEFA Department for Football Education, at the end of 2020.