Home / Newswire / EVE Energy Lights up the Stage at Electronica 2022

EVE Energy Lights up the Stage at Electronica 2022 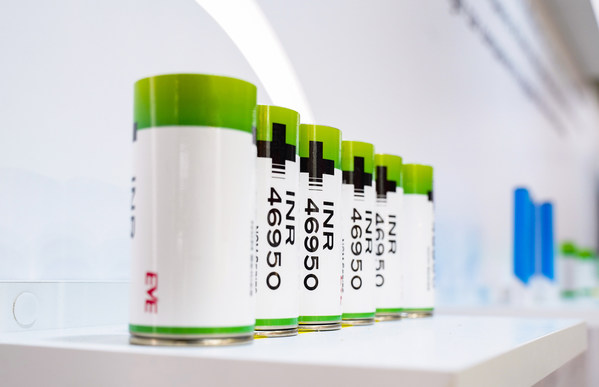 EVE Energy Lights up the Stage at Electronica 2022

First held in 1964, Electronica has become the world's leading trade fair and conference for the electronics industry, providing a platform for industry experts to discuss the development of the global electronics sector.

At Electronica, EVE introduced how it contributes to the global energy transition and carbon neutrality worldwide through its innovative battery technology and integrated solution. Products on show included consumer battery products and power storage solutions.

"In the new energy field, China's industrial chain has led the way, with the country providing products and services to the world in the form of a complete industrial chain," said Dr. Jincheng Liu, Chairman of EVE. "Amid the current challenging environment, EVE will work with global supply chain partners to build our global manufacturing and delivery service capabilities, relying on China's technology and solutions to serve global customers."

At Electronica, large cylindrical cells took center stage. They can be adapted for use in various kinds of cars and SUVs for use in a range of different scenarios. Their energy density reaches 350Wh/kg with super-fast charging possible in just nine minutes. EVE's large cylindrical cell pilot line has produced over half a million samples to date with a high overall superiority rate. Launching a mass production line will raise the rate of excellence and product consistency further while the company has also received nomination letters from Chengdu Dayun Auto Group and BMW Group for these products and services.

EVE has become a major player in the consumer battery market worldwide, providing the global market with 1.7 billion smart meter batteries to date. The company has also led global industry sales and exports from China for six consecutive years.

EVE has continued to invest in its industrial layout, building factories across China. It also plans to build factories in Hungary, Malaysia, and other countries. Production capacity is expected to hit 100GWh by the end of 2022, with further expansion in the following two years. With this in mind, the company has invested in building a new R&D center. The facility will support the development of power and energy storage battery technology while bolstering innovation.

Founded in 2001 and listed in Shenzhen in 2009, EVE Energy has developed rapidly to become a global player in the market, providing core technologies and comprehensive solutions for both consumer and power batteries, especially in the Internet of Things and the energy internet. Currently, EVE has set up a research institute with 60 doctors and over 3,100 interdisciplinary R&D engineers in materials, electrochemistry, structure design, and electronic circuit design, and established extensive cooperation with Wuhan University, Israel StoreDot and other institutions of higher learning and research on new materials, pre-research technologies. The R&D function at EVE has resulted in more than 4,700 national patents, of which four have been awarded the "China Patent Excellence Award" by the State Intellectual Property Office.