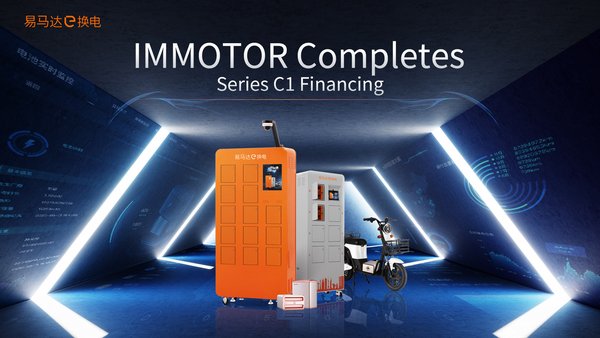 When it comes to why Mirae Asset Group (South Korea) continues holding in Immotor, Scott Kim said: “The market itself is very large. Immotor was the first, and the growth space is still huge when considering third-tier and lower cities. We’re very optimistic about the executive power of the team.”

Daniel Huang, founder and CEO of Immotor, is a successful entrepreneur. In just three years, he and his team have covered more than 50 cities. With 77 issued patents and 65 pending patents, Immotor is a pioneer in the power battery exchange market and is now an industry leader operating in 54 cities with over 500,000 daily battery exchange orders. As of the second quarter of 2020, Immotor’s exchange stations have served cumulative orders of over 180 million which enabled travel distance of 1.8 billion kilometers in China.

Daniel Huang said that the company will use this funding to develop new power battery products, accelerate its expansion plans of deploying power battery exchange stations in major cities, as well as to execute its long-term strategy of building an intelligent green energy network for the electric, two-wheel vehicle riders in China.

Park Chul Whan of Kumho Petrochemical Unveils ‘Proposal to Enhance Corporate Value’, Committed to Transforming the Company for the Benefit of All Shareholders