HONG KONG, Oct. 24, 2017 /PRNewswire/ — MIE Holdings Corporation ("MIE" or the "Company", together with its subsidiaries, the "Group", Stock Code: 1555) is pleased to announce that the Company successfully completed the acquisition of CQ Energy Canada Partnership ("Target") through its non-wholly-owned subsidiary, Canlin Energy Corporation ("Canlin Energy"), on September 29 in Calgary, Canada.

The acquisition was completed by a consortium led by MIE and including Can-China Global Resources Fund L.P., a private equity focused on natural resource sectors in Canada and Swiss-based international commodity trading company Mercuria. Target is headquartered in Calgary, Alberta with a diverse base of producing, resource and infrastructure assets located throughout Alberta, British Columbia, Saskatchewan, Manitoba and Ontario in Canada. By the end of 2016, the Target had 2P reserves of 345 million barrels of oil equivalent (mmboe) and was producing 56,070 barrels of oil equivalent per day (90% being natural gas).

In addition, it owns an extensive network of facilities and pipelines in the active industry areas including 11 major facilities and 12,850 km pipelines. The owned and operated infrastructure has a processing capacity of 630 mmcfe/day (approximately 6.5 billion m3 per year), which allows it to capture third party volumes for steady processing income.

For undeveloped land, the Target also has a vast acreage of undeveloped land with great potentials. It has interest in approximately 2.176 million net acres of land among which 1.542 million are developed acreage and 644,000 are undeveloped acreage. In addition, the Target also has 498,000 acreage of royalty land. Given the abundant oil and gas resources and assets of the Target, we believe that the acquisition can increase the competitive advantage of MIE in the industry to accelerate the development of the Group.

Step into The New Era with Global Energy Business Expansion

Executive Director of the MIE Holdings Corporation, Mr. Zhang Ruilin commented, "The acquisition will significantly improve MIE's production capacity, financial performance and capital raising capability, as well as unlocking shareholder value. The acquisition fits MIE's strategy of securing global investment opportunity for asset optimization following the recent low oil and gas price, particularly producing asset opportunities in resource rich countries like Canada. The Target has low decline, long life asset base products and infrastructure that has great growth potentials. One of the highlight of the Target is that it keeps a positive EBITDA/Netback under the current market and is capable of funding its operation with free cash flow and asset based financing. The Group also uses this opportunity to develop a balanced oil and gas portfolio and shift into an international player." 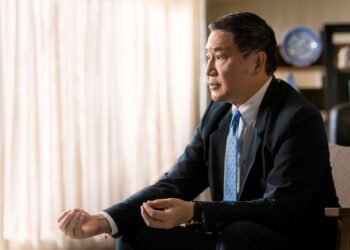