SANTA MONICA, Calif., Dec. 12, 2016 /PRNewswire/ — SolarReserve, a leading global renewable infrastructure developer of utility-scale solar power projects and advanced solar thermal technology with integrated energy storage, received Commercial Application of the Year for its Crescent Dunes Solar Energy Project at the 2016 Platts Global Energy Awards, one of the industry's most prestigious awards. Hosted by S&P Global Platts, the leading independent provider of information and benchmark prices for the commodities and energy markets, the Platts Global Energy Awards have honored and recognized those who have transcended the status quo in the name of excellence in leadership, innovation and performance in the energy industry.

"We congratulate SolarReserve for its win of Commercial Application of the Year," said Martin Fraenkel, president of S&P Global Platts. "The independent panel of judges was impressed with SolarReserve for its stand out performance in this awards category and for its commitment to the energy industry's advancement." SolarReserve's technology selection was a unanimous decision by the Platts judges.

Finalists were chosen for the Global Energy Awards from more than 170 nominations in over a dozen countries, including some of the world's leading energy giants in both conventional and alternative energy. The Commercial Application of the Year Award was in recognition of SolarReserve's proprietary solar thermal technology with integrated molten salt energy storage technology and how it has been successfully rolled-out commercially at the company's Crescent Dunes facility located in Nevada, USA. The project, a remarkable success story for American engineering and technology advancement, is an important milestone in the future of clean power generation. It has helped establish the U.S. as the leader in solar thermal technology, and is being used as a blueprint for projects in advanced development in the U.S., Latin America, Africa, Middle East, Australia, and China.

The Crescent Dunes facility is a utility-scale solar power plant with fully integrated thermal energy storage, enabling day and night operation — the first of its kind to exist at full commercial scale. In November 2015, Crescent Dunes passed the necessary tests to reach commercial operation and now deliverers 110 megawatts of electricity plus 1,100 megawatt hours of energy storage to Nevada, under a 25-year power purchase agreement with NV Energy. The energy storage capability at Crescent Dunes is equal to all the world's utility scale batteries in operation today, combined — and at a fraction of the cost.

"It is gratifying to have Platts and its distinguished panel of industry experts from around the world recognize SolarReserve's market leading technology, which is helping solar thermal with storage play an increasingly significant role in the growing clean energy landscape," said SolarReserve's CEO Kevin Smith. "Taking breakthrough technology from its early stages to full-scale commercial applications is probably the most difficult part of the innovation process. We've certainly had our challenges, but rigorous testing and extensive operations have confirmed that the key technology is performing above design efficiencies and thermal output."

Developing technology to meaningfully and cost-effectively store energy from renewable sources, so it can be available to meet electricity demand whenever needed, represents a major breakthrough in renewable energy generation. SolarReserve's proprietary solar thermal technology, which is able to capture and store solar energy cost-effectively at a large scale, solves the intermittency issues experienced with other renewable energy sources. Together with SolarReserve's technology design, the use of molten salt represents the most flexible, efficient and cost-effective form of large-scale energy storage available today.

SolarReserve is a leading global renewable infrastructure developer of utility-scale solar power projects, which include electricity generation by solar thermal energy with energy storage, as well as photovoltaic panels. The deployment of these renewable technologies brings additional benefits to global economies through job creation, greater energy security, and a more sustainable future. The company has more than $1.8 billion of projects in operation worldwide, with development and long-term power contracts for 480 megawatts of solar projects representing $2.9 billion of project capital. In addition, SolarReserve has commercialized its proprietary advanced solar thermal technology with integrated energy storage that solves the intermittency issues experienced with other renewable energy sources. SolarReserve's U.S. developed technology uses mirrors to concentrate sunlight to directly heat molten salt and then store it so electricity can be produced day and night. Solar facilities using this technology operate like fossil fuel or nuclear powered plants — except with zero emissions or hazardous waste. Since the company's formation in early 2008, SolarReserve's experienced team has assembled a pipeline of over 13 gigawatts across the world's most attractive, high growth renewable energy markets. SolarReserve is headquartered in California, and maintains a global presence with seven international offices to support widespread project development activities across more than 20 countries. 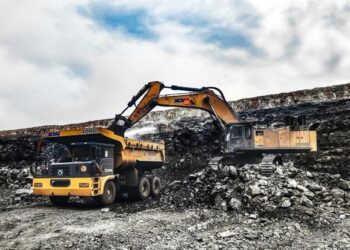