BEIJING, May 5, 2016 /PRNewswire/ — Tianneng Power International Limited ("Tianneng Power", 00819.HK) won the 2015 Best Chinese Electric Vehicle Battery Brand Based on Customer Satisfaction award from the world's leading research group Ipsos in 2016, with a customer satisfaction index of over 98%, on the heels of being the recipient of Ipsos's Leading Chinese Motive Battery Brand award for three consecutive years.

The company has received a lot of positive feedback from its customers and from the industry in general as well as having stood out from its rivals, thanks to more stable, durable products and a well-established worry-free after-sales service.

The award winner was selected based on outstanding performance in end-customer satisfaction, market share, sales growth, and brand perception in the marketplace. The award reaffirms Tianneng Power's position as a leading brand across the industry as well as a time proven outstanding market performer. Tianneng Power gained a 58% share of the micro-electric vehicle battery market during 2015, well ahead of its rivals, according to Ipsos's forecast. In addition, Tianneng Power became one of the five largest makers of lithium-ion motive batteries used in pure electric vehicles in terms of production capacity.

Development of new energy electric vehicles has been on the Chinese central government's priority list, and, as a result of the Chinese government encouraging the use of alternative energies to reduce the dependence on oil and its strict control over the protection of the environment, the sales volume has continued to rise (Ipsos report entitled Analysis of China's Electric Vehicle and Motive Battery Market and Industry in 2016). According to data from the China Association of Automobile Manufacturers, sales volume of electric vehicles reached 331,092 units in 2015, including 247,482 pure electrics, up 450% year-on-year. Sales of the pure electrics accounted for 75% of the sales of electric vehicles overall. With more favorable government policies on track to be released in the future, Ipsos expects the proportion to grow further.

China's increasing use of pure electric cars has driven the continued growth in the production capacity of lithium-ion power batteries for the vehicles, becoming the biggest growth engine for the Chinese lithium battery market. Given the Chinese government's increased efforts to boost the use of new energy cars and the continued rise in sales of pure electrics in China, a number of Chinese power battery manufacturers have expanded their capacity by either adding production lines or building new facilities, in a move to establish a presence in the fast-growing market. According to the Ipsos data, the battery makers plan to expand their capacity by 55 GWh to 60GWh over the next few years. The annual demand for power batteries is forecast to rise to 47GWh in 2018 and to 73GWh in 2020. As a result, the Chinese market for power lithium batteries for pure electric cars is expected to maintain strong growth over the next three to five years.

Based on the statistics for China's power battery production capacity, combined capacity of the top ten players in the market ranged between 16 GWh and 17GWh as of the end of 2015, accounting for over 80% of the market, according to Ipsos Business Consulting. Tianneng Group has made several breakthroughs in the emerging market for power batteries for pure electric cars over the past two years and now ranks among the top five vendors in terms of production capacity with an annual capacity of 1.25GWh.

The Chinese mini electric car market has experienced impressive growth thanks to the strong demand. An increasing number of Chinese provinces and cities have lifted the ban on mini electric cars since 2015, including Fujian, Liaoning, Shandong and Sichuan provinces as well as Datong, Shanxi province; Xiangyang, Hubei province; Hechi, Guangxi province; Zhaoqing, Guangdong province; Luoyang, Henan province; Loudi, Hunan province. They have issued a set of guidelines entitled Measures for Management of Mini Electric Cars that allow the registration and use of mini electric cars. With more Chinese provinces and cities lifting the ban on the cars, the mini electric car market is poised to offer great growth potential, boosting the development of the market for accompanying power batteries. According to the Ipsos data, China had 1,080,000 mini electric cars on its roads in 2015. China's sales of mini electric cars were forecast to reach some 450,000 units in 2015, up 85% compared with 250,000 units in 2014. Mini electric cars, with their low-cost, environmentally friendly, convenient and comfortable features, have increasingly become a main transportation vehicle across Chinese third and fourth-tier cities as well as Chinese rural areas. Ipsos forecast sales of power batteries for mini electric cars to rise to US$3.2 billion by 2020 with the average annual compound growth rate estimated at 45 per cent for the 13th five-year period (2016-2020).

Chinese companies across the electric car industry chain are anticipating a promising future in tandem with the rapid growth of the Chinese new energy car market, including the mini electric car segment. The growth is bound to effectively boost the demand for power batteries.

Heliatek, a German Technology Pioneer, to Participate at the World Economic Forum in Davos 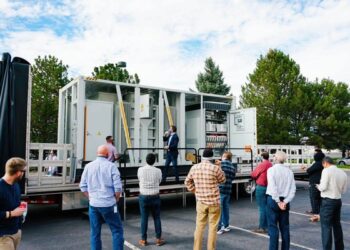