Palmer Holland, a North American specialty chemical and fine ingredient distributor, announced that it is representing Sasol’s line of surfactants in the metalworking and metal cleaning markets effective immediately.

Palmer Holland will manage the promotion and inventory of the surfactants throughout all of the U.S. and Canada. Surfactants are commonly used chemicals that aid in emulsification, cleaning, hard water stability, and formulation stability. For more information, visit www.palmerholland.com.

Headquartered in South Africa, Sasol is one of the world’s largest manufacturers of surfactants with annual sales in excess of USD11 billion.  Sasol recently opened a USD12.8 billion manufacturing facility in Louisiana to service the North American market. The Guerbet alcohols unit at the Lake Charles Chemicals Project (LCCP) in Louisiana achieved beneficial operation on 19 June 2020. The new Guerbet unit is Sasol´s second Guerbet alcohol production site, with the other located in Brunsbuettel, Germany. This means that 100% of LCCP´s specialty chemicals units are now online, and that 86% of total nameplate capacity of LCCP is operational. The Guerbet unit is the sixth LCCP production unit to be brought into production, and has a nameplate capacity of 30,000 tons per year, using Sasol´s proprietary technology.

The LCCP Ziegler unit, which achieved beneficial operation on 16 June 2020, is an extension of the existing Ziegler plant in Lake Charles and adds to existing Ziegler capacity from Brunsbuettel in Germany. It is the largest of its kind in the world, adding nameplate capacity of 173,000 tons per year of alcohol and 32,000 tons per year of alumina. The Ziegler unit is the most technically complex of the units in the LCCP and is also based on Sasol´s proprietary technology.

The last remaining unit to come online at LCCP will be the low density polyethylene (LDPE) plant, which was damaged during a fire in January 2020. This is on track for beneficial operation by the end of September 2020. 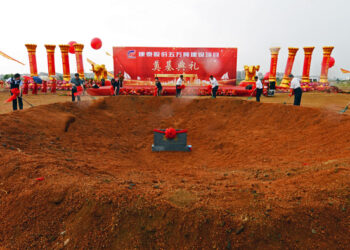