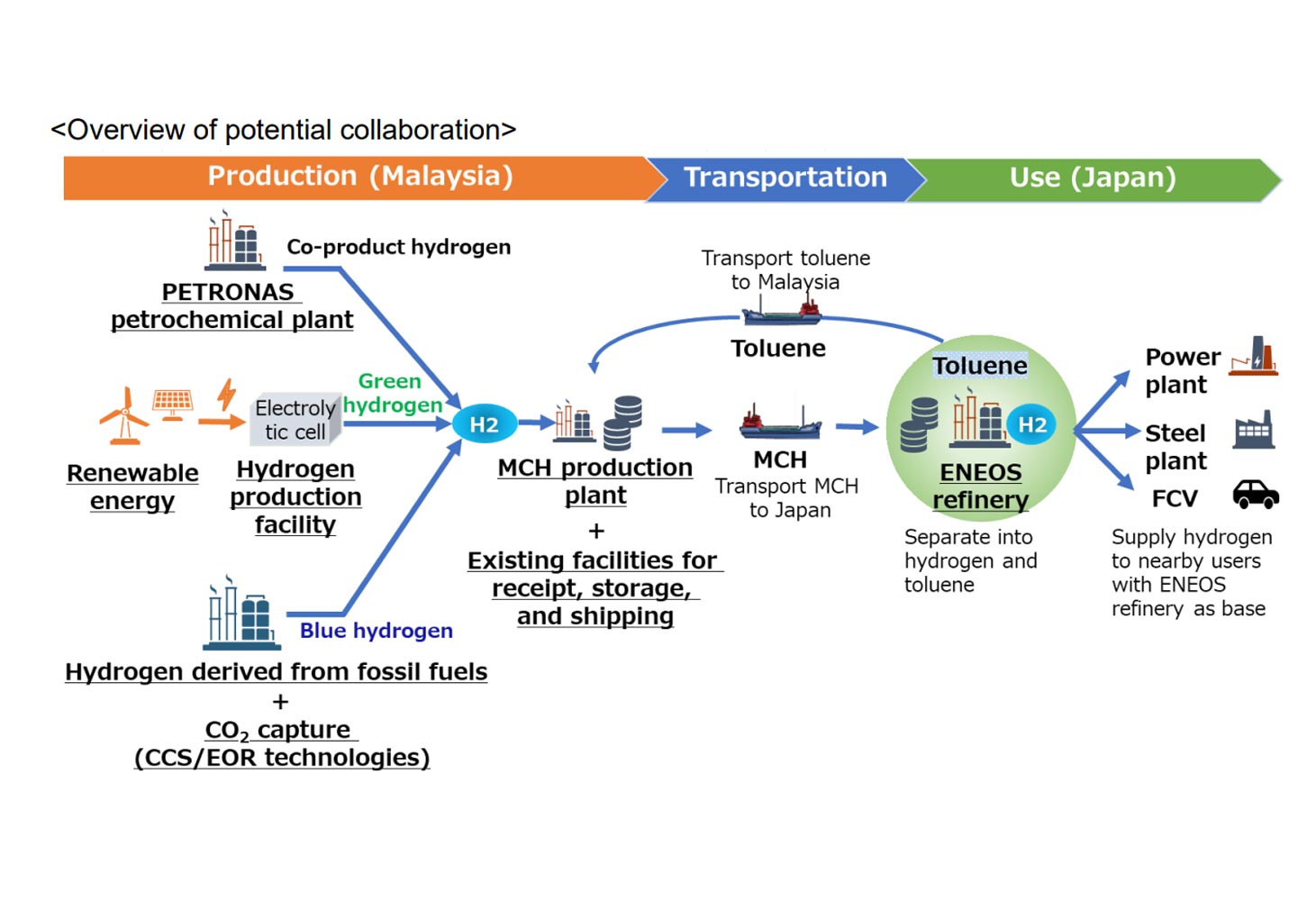 Malaysia’s state-owned oil and gas company Petroliam Nasional Berhard or PETRONAS has signed a Memorandum of Understanding (MoU) with Japan’s ENEOS Corporation to jointly develop a competitive, clean hydrogen supply chain between Malaysia and Japan, and to explore other hydrogen opportunities.

PETRONAS, via its subsidiary PETRONAS Gas & New Energy Sdn Bhd (PGNESB), and ENEOS will embark on a technical-commercial joint-study of a hydrogen supply chain which includes hydrogen production and its transportation in methylcyclohexane (MCH) form, where hydrogen is converted from its original gaseous state into a liquid form to enable large volume deliveries.

“We are proud to expand our three-decade long energy partnership with ENEOS to include hydrogen, on top of what we have established in the liquefied natural gas (LNG) space. More importantly, this partnership is a testament of how industry collaboration can help accelerate our shared aspiration towards a low carbon future,” said PETRONAS Gas + New Energy Executive Vice President and Chief Executive Officer Adnan Zainal Abidin.

“With emerging clean energy sources like hydrogen, innovation and collaboration with partners in technological development are key, as they contribute towards achieving cost competitiveness and scalability for wider use across businesses and industries,” he added.

The development of liquid organic hydrogen carrier (LOHC) technology such as methylcyclohexane is fast gaining traction due to its chemically stable nature that allows for long-term storage and long-distance transport. Moreover, the use of liquid organic hydrogen carrier leverages on existing conventional oil and petrochemicals infrastructure which heavily reduces the need to develop new assets, thus making it a viable option for established energy players to implement.

ENEOS has applied for funding from the Japanese Government’s Green Innovation Fund, which sponsors decarbonisation projects and initiatives, for this project with PETRONAS. While in Malaysia, the development of a hydrogen-based economy will complement future growth as the country prepares to transition towards a low carbon economy.

The MoU stems from both PETRONAS’ and ENEOS’ common aspiration of achieving net zero carbon emissions by 2050. In 2020, PETRONAS announced its intent to achieve Net Zero Carbon Emissions by 2050 as part of its holistic approach towards sustainability, while ENEOS is working towards achieving its carbon neutral ambition via its Environmental Vision 2040. 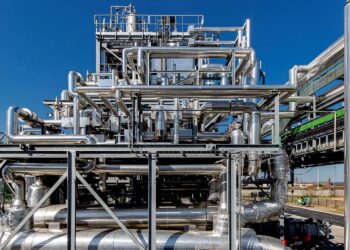 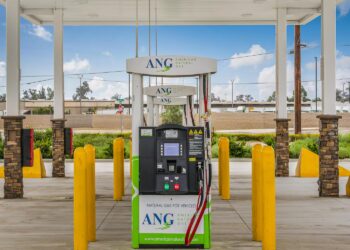