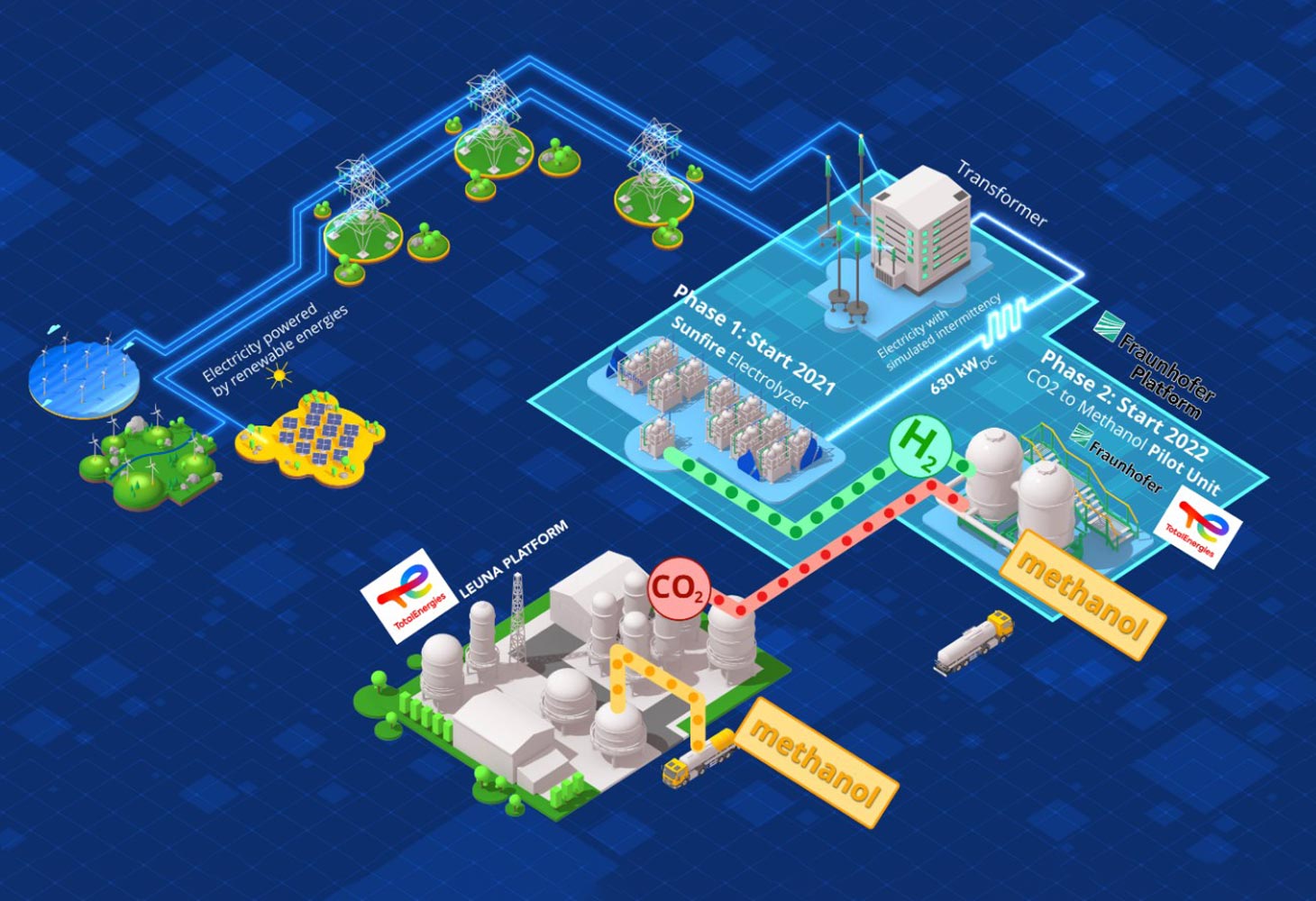 A demonstration project to produce green methanol backed by TotalEnergies, electrolyser manufacturer Sunfire, the Fraunhofer Center for Chemical-Biotechnological Processes (CBP) and the Fraunhofer Institute for Microstructure of Materials and Systems (IMWS), was launched recently in Leuna, Germany.

Methanol can be produced from low-carbon hydrogen and captured carbon dioxide, which is an important approach to reducing climate-damaging greenhouse gas emissions. With the ambition to produce climate-neutral methanol on site, this demonstration project will integrate the various components required to this end, such as the use of renewable energy.

TotalEnergies currently produces around 700,000 tons of methanol per year based on fossil raw materials at the TotalEnergies Raffinerie Mitteldeutschland in Leuna, making it the largest methanol producer in Europe. The e-CO2Met project is an important step towards climate neutrality. It aims to test the combination of three innovative processes – the use of CO2 from the refinery, the use of green hydrogen produced by high-temperature electrolysis and the subsequent methanol synthesis on the Hy2Chem scaling platform.

“TotalEnergies R&D program on Carbon Capture and Utilization is developing approaches for the economically viable reuse of CO2 which is in line with the climate ambition of the company. e-CO2Met is the first pilot project for TotalEnergies to convert CO2 with renewable electric energy to methanol. Whilst this methanol can be considered itself an e-fuel, it can importantly be used as a platform in a further upgrading to products including sustainable aviation fuels,” says Marie-Noelle Semeria, chief technology officer, TotalEnergies.

“With the innovative production of synthetic methanol, crude oil and natural gas can be replaced in the chemical industry and the required raw materials can be produced in a climate-neutral way. In this way, we are making a contribution to the decarbonisation of basic chemicals,” adds Thomas Behrends, managing director, TotalEnergies Raffinerie Mitteldeutschland.

A core piece of e-CO2Met is the 1 megawatt (MW) high-temperature electrolyser from the Dresden-based electrolysis company Sunfire. The system’s efficiency of more than 80% for producing green hydrogen from renewable electricity and water vapour is far higher than that of conventional electrolysers. As a result, the system requires significantly less electricity to produce one kilogram of hydrogen.

“Our innovative electrolysis technology is the key to decarbonising all industrial sectors that are still dependent on fossil fuels today. Especially in the refining and chemical industries, clean and sustainable solutions are needed to achieve the EU’s ambitious climate targets. We look forward to a strong partnership in the e-CO2Met project,” says Sunfire CEO Nils Aldag.

In the next step, the green hydrogen obtained from electrolysis and highly concentrated CO2 from the refinery’s production processes will be converted into green methanol. For this purpose, the Fraunhofer CBP and TotalEnergies are planning a pilot plant in the new Fraunhofer Hydrogen Lab at the Leuna Chemical Park. The pilot plant is the first project of the Hy2Chem scaling platform funded by the state of Saxony-Anhalt through EFRE funds.

“With the Hy2Chem platform, we can test the use of regeneratively produced hydrogen for the production of feedstock chemicals and fuels in sustainable synthesis processes on a large scale for the first time – even under the conditions of a fluctuating hydrogen stream,” says group leader Dr. Ulrike Junghans, who is coordinating the project at the Fraunhofer CBP.

A crucial step for implementing these processes on an industrial scale is pushing the development of electrolysers and synthetic processes. For this purpose, Fraunhofer IMWS operates the Hydrogen Lab Leuna, a unique test infrastructure on an industrial scale, and provides extensive scientific support. The Hydrogen Lab simulates different load profiles typical of renewable energy supply, maps their diurnal and inter-seasonal fluctuations and thus provides important findings for the design and cost estimation of the systems under realistic conditions.

“The Hydrogen Lab Leuna is the first large-scale test facility in Germany that is fully integrated with the infrastructure of the chemical industry, making it ideal for projects in the field of power-to-X processes. We can test industrial electrolysers of any type at the systems level, further develop them together with our industry partners and at the same time gain valuable experience in supplying hydrogen to the pipeline system of our partner Linde – currently up to a 5 MW scale,” says Dr. Moritz Kühnel, who coordinates the electrolysis research activities at Fraunhofer IMWS.

The development of a hydrogen economy is an important step towards climate neutrality in Germany and Europe. Especially in connection with the use of green hydrogen as a chemical raw material, there is also considerable potential for shaping structural change. Particularly at the industrial and chemical site of Leuna, a hub for green hydrogen and its derivatives can be created on the basis of many years of experience, existing infrastructure and the interaction between innovative companies and research institutes. 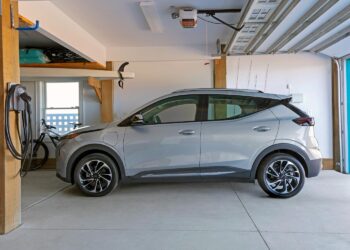 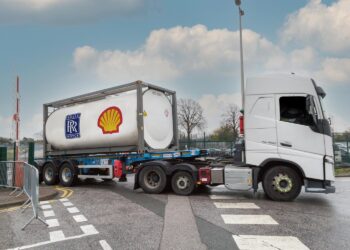