The global poly alpha olefin (PAO) market demand is expected to reach 815.2 kilo tonnes by 2025, growing at a compounded annual growth rate (CAGR) of 3.5% from 2016 to 2025, according to a new report from Grand View Research. In 2015, PAO market demand was 582.4 kilo tonnes, the San Francisco, Calif.-based market research firm said.

Engine oil was the leading application segment, accounting for more than 65% of total market volume in 2015. Growth in this sector is attributed to the requirement in the automobile industry for motor oils that need to operate under extreme temperatures.

In terms of regional demand, Europe accounted for more than 40% of global volume in 2015, with North America coming in second at more than 30%. The European market’s growth is attributed to regulatory support towards biodegradable products, such as The Blue Angel Scheme in Germany and The White Swan Scheme in Nordic countries.

Asia Pacific only accounted for more than 12% of the total market volume in 2015 but is estimated to be the fastest growing regional market because of its growing automotive industry, “which is experiencing a shift from mineral to synthetic-based lubricants,” the Grand View Research report said. 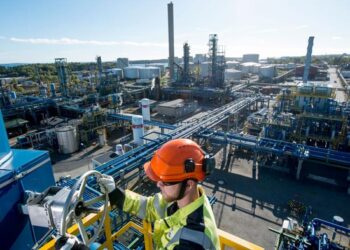 Nynas opens depot for napthenic base oils in New Jersey