Saudi Aramco signed a Memorandum of Understanding (MoU) with China’s Zhejiang Free Trade Zone last week, solidifying Saudi Aramco’s participation in the 400,000 barrel-per-day refinery from Phase III of the Zhoushan Petrochemical Greenfield project in China. The MoU also allows the two parties to evaluate potential opportunities for investment in other parts of the value chain, including refining and petrochemical production, storage and trade of crude oil and natural gas, retail, as well as the distribution of oil products within the Zhejiang Free Trade Zone.

The Zhoushan Government emphasized its support for incentivizing Saudi Aramco’s greater investment in Zhejiang’s future downstream growth. The MoU was signed in conjunction with a visit to Saudi Aramco’s headquarters in Dhahran, Saudi Arabia, by Yuan Jiajun, governor of the Zhejiang province, China.

Together with prior agreements signed during HRH Crown Prince Mohammed Bin Salman’s visit to China in February this year, this MoU facilitates Saudi Aramco’s planned acquisition of a 9% stake in the Zhejiang integrated refinery and petrochemical complex. It will also include a long-term crude oil supply agreement and the ability to utilize Zhejiang Petrochemical’s large crude oil storage facility to serve its customers in Asia. These activities reflect Saudi Aramco’s strategy to expand its presence in the Chinese energy sector.

The agreement covers natural gas, retail, as well as the distribution of oil products within the Zhejiang Free Trade Zone.

In February, Saudi Aramco signed three MoUs aimed at expanding its downstream presence in the Zhejiang province, one of the most developed regions in China. The first agreement was signed with the Zhoushan government to acquire its 9% stake in the project. The second agreement was signed with Rongsheng Petrochemical, Juhua Group, and Tongkun Group, who are the other shareholders of Zhejiang Petrochemical. Saudi Aramco’s involvement in the project will come with a long-term crude oil supply agreement.

An integral part of the project includes a third agreement with Zhejiang Energy to invest in a retail fuel network. The companies plan to build a large-scale retail network over the course of the next five years in Zhejiang province. The retail business will be integrated with the Zhejiang Petrochemical complex as an outlet for the refined products produced.

Phase I of the project will include a newly built 400,000 barrel-per-day refinery with a 1.4 million metric tonne per annum (mmtpa) ethylene cracker unit, and a 5.2 mmtpa aromatics unit. Phase II will see a 400,000 bpd refinery expansion, which will include deeper chemical integration than Phase I. 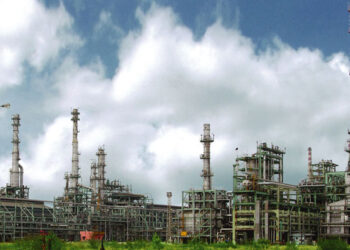 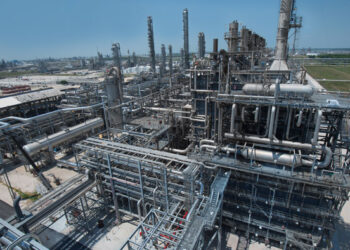