Shell Oil Company has placed a bid to purchase Abengoa Bioenergy’s cellulosic ethanol plant in Hugoton, Kan., U.S.A., for USD26 million, according to court documents filed in the U.S. Bankruptcy Court for the District of Kansas.

A Shell spokesperson said that the move is in line with Shell’s strategy to develop biofuels that use sustainable feedstocks.

Abengoa’s cellulosic ethanol plant, which was built at an estimated cost of between USD400-500 million, is located on 400 acres and consists of an integrated, co-located biomass to electric power cogeneration plant and a wastewater treatment plant. The plant was designed to use a variety of feedstocks, including wheat straw, switchgrass and even municipal solid waste. The design capacity of the plant is 25 million gallons per year (MGPY) of denatured fuel ethanol and 21 megawatts (MW) of electricity.

Though a purchase agreement has been signed by official representatives of both Shell and Abengoa, an official auction has been scheduled on Nov. 21, 2016, if additional qualified bids are placed. If there are no higher bids, the sale is expected to be completed no later than Dec. 8, 2016.

The potential sale of the Hugoton, Kan., plant is the latest in the Spanish firm’s attempts to unload its assets in the United States. In February, Abengoa Bioenergy US Holding, LLC filed for Chapter 11 bankruptcy relief on behalf of itself and five of its U.S. bioenergy subsidiaries, at the time aiming to keep the cellulosic ethanol plant out of the filing. Its heavily-indebted Spanish parent signed a financial restructuring agreement with a group of lenders on Sept. 24. Abengoa SA filed for protection under article 5bis of Spain’s Insolvency Law on Nov. 25, 2015. The company has accumulated around EUR9 billion (USD9.92 billion) in debt. 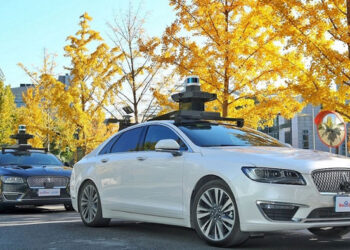