“It should come as no surprise that Shell has agreed to buy First Utility, an innovative household energy supplier, just as our recent acquisition of Europe’s largest electric vehicle charging provider should shock no one,” said Mark Gainsborough, executive vice president of New Energies at major oil and gas producer Royal Dutch Shell.

Last week, Shell announced that it had agreed to buy a UK-based provider of electrical power and natural gas, one of the boldest in a series of recent investments in non-oil and gas-energy businesses by one of the largest oil companies in the world. The value of the transaction was not disclosed. The acquisition is subject to regulatory approvals.

Recently, BP announced that it invested USD 200 million in Lightsource, a solar power developer, to bolster its position in alternative energy.

Shell’s move takes the trend a step further, by becoming a distributor of cleaner energy by acquiring a utility company. First Utility, which has about 825,000 residential customers, is one of a group of power providers in Britain that take advantage of deregulation to compete with established power giants like Centrica and France’s EDF as energy suppliers.

The privately owned company, which launched in 2008, had previously eyed a stock market flotation but shelved its plans last year. First Utility and Shell have an existing relationship. Shell supplies the wholesale gas and electricity that First Utility then sells to customers. Two years ago, they also signed an agreement that allowed First Utility to expand to Germany, selling power to households under the Shell brand.

Gainsborough said First Utility fits Shell’s strategy of growing in various parts of the electric power business, an energy sector that has seen a lot of changes in recent years. Britain and Germany, for example, have built large capacities in clean-energy sources like wind and solar power.

Demand for electricity is likely to grow rapidly in the coming decades as electrical power becomes a key medium for reducing carbon emissions through electric vehicles and other innovations.

“Shell has made no secret of its plans to play a part in the transition to a lower-carbon world. Meeting this dual challenge of transitioning to a low-carbon system while providing energy to more people requires a change in the way energy is produced and used across our planet,” Gainsborough said.

“Moves to use electricity generated by low-carbon or renewable sources will be relatively straightforward for some sectors, such as light industry and household energy supply. But the transition will play out in different ways in different countries, depending on factors ranging from weather to economic conditions,” he added.

“Increasing electrification and digitization offers new opportunities for Shell to commercially develop integrated energy solutions for people at home and on the move. Following our investment in electric-vehicle (EV) charging infrastructure earlier this year, supplying energy directly to homes is a logical step for an innovative and diverse energy provider that intends to provide more and cleaner energy solutions to more people.” 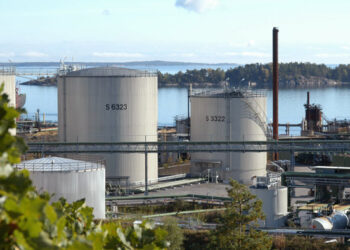 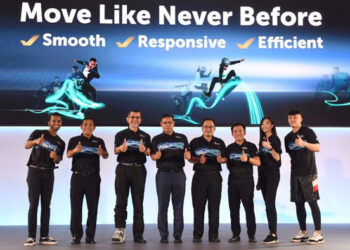