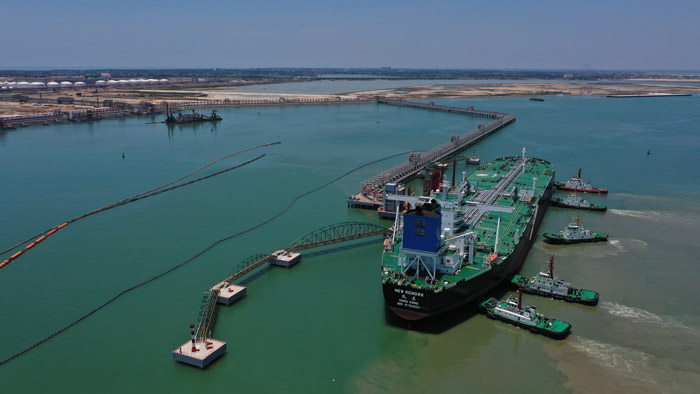 Housed 1,100 meters from Sinopec’s refinery plant in Zhanjiang, China, the petrochemical port features eight terminals including a 300,000-ton crude oil berth, 100,000-ton oil berth and supporting facilities — providing a total capacity of 34 million tons per year. To date, the 100,000-ton berth is the largest domestic refined oil terminal with a loading and unloading capacity of 5.61 million tons per year. The terminal provides convenient access to refined oil and chemical products for Sinopec’s core domestic market, while also offering direct opportunities for global exports and enhancing Sinopec’s competitiveness within the industry.

Situated on the east coast of Zhanjiang, Guangdong Province, the Sinopec Zhongke Refinery Port is part of Zhanjiang Integrated Refinery and Petrochemical Complex — the biggest project of its kind under construction by Sinopec Corp., and a key component of the Guangdong Province’s 13th Five-Year Plan. The total investment of the first phase of the project totals more than CNY40 billion (USD5.6 billion) and will add more than 10 million tons of refined crude oil capacity and 800,000 tons of ethylene units per year, in addition to auxiliary supporting facilities.

Following its completion, it is estimated that the output of the refinery will exceed CNY60 billion (USD8.4 billion). Additional output will aid the development of the downstream industrial chain of the refining and chemical industry, while injecting new momentum for the economic development of the Greater Bay Area.

There are more than 18,000 builders currently working on-site as part of the project, and 28 of the 30 major production facilities have been delivered. The final project is expected to be fully completed and put into production by the end of July. 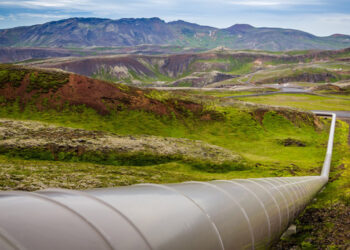