South Korea’s Daelim Industrial Co., Ltd. announced the construction of a new plant for high value-added lubricant additives with an annual production capacity of 5,000 metric tonnes. To be built at Yeosu National Industrial Complex, construction is expected to be completed in the second half of 2019. Daelim said it will invest KRW40 billion (USD34.7 million) in the new plant.

The new plant will produce DaelimSynol™, a colorless transparent liquid polymer that can be used either as lubricant base oil or as lubricant additive.

It is mainly used as an additive for applications requiring shear stability or a thickener. It has the advantage of oxidation stability and solubility when used as a base oil.

DaelimSynol™ has competitive advantages in terms of quality and price compared to existing products, the company said.

Daelim developed their own process and catalyst technique through in-house R&D and secured patent rights in various countries, including China and the U.S.A. This technology was the basis for DaelimSynol™, which was launched in 2017 after five years of development.

The new DaelimSynol™ plant is part of Daelim’s proactive approach to making inroads into the global lubricant additives market, not only in the U.S. and Europe but also in Asia. Daelim said it is considering additional capacity expansion up to 30,000 tonnes in the future. Their strategy is to diversify their business portfolio, to include lubricant additives, and to increase the proportion of product sales of high value-added specialty chemicals.

“We see the lubricant additives market will grow at an annual rate of 4.3% due to environmental-friendly policies and the demands of the high-performing machine equipment. Daelim, the No. 1 polyisobutylene (PIB) producer in the world, will create synergy between their PIB and lubricant additive businesses through this investment,” said an official from Daelim.

He added that Daelim has just finished the DaelimSynol™ supply contracts with large lubricant and lubricant additive manufacturers in South Korea and the U.S.A.

Daelim Industrial Co., Ltd is a petrochemical and construction company and part of South Korea’s Daelim Group. Daelim is the fourth largest ethylene producer Northeast Asia. It has the largest market share of PIB in the world. The company is looking to develop a world-scale ethane-based petrochemical complex in the U.S.A. 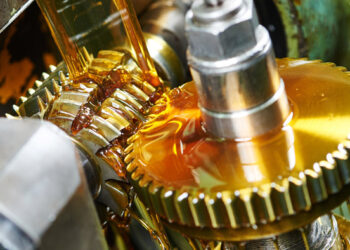