Together with the Linde Group, a leading global provider of industrial gases, Hyosung will invest KRW 300 billion (USD245.3 million) in their joint enterprise to create a value chain that covers everything from the setup to the operation of liquid hydrogen production, transport and recharging facilities.

Hyosung and Linde signed the MOU at the Hyosung headquarters in Mapo, Seoul, South Korea on the 28th of April, with Hyosung Group Chairman Cho Hyun-joo and Linde Korea Chairman Sung Baek-seok in attendance.

Liquid hydrogen is usable in diverse mobility segments such as drones, vessels and forklifts as well as vehicles, that it will likely contribute to the development of related industries.

“Hydrogen is an eco-friendly energy source that can change existing carbon-centered economic structure. Its possibilities are endless,” Cho said. “The point of liquid hydrogen business sought by Hyosung is to store and transport hydrogen efficiently and safely. Investment this time will play a big role in invigorating the ecology of the domestic hydrogen industry.” 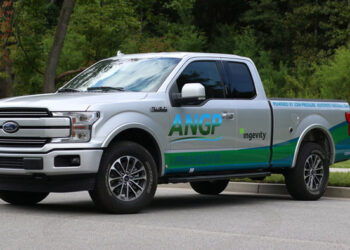