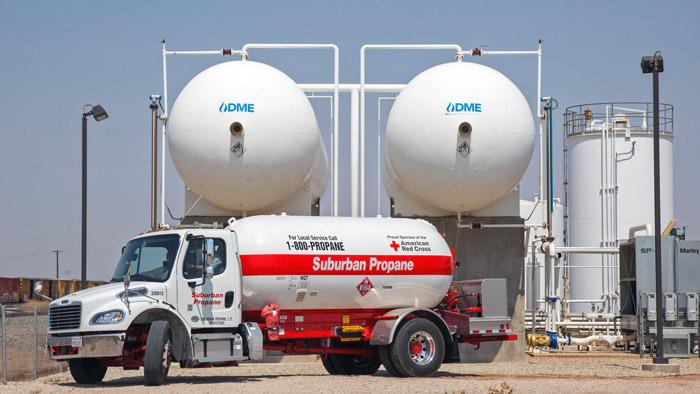 Oberon Fuels Inc., based in San Diego, California, U.S.A., appointed Rebecca Boudreaux chief executive officer, in addition to her current roles as president and director. Boudreaux, who takes over from longtime investor and former CEO, Ruben S. Martin III, has served as president since 2011 and director since 2014 of Oberon Fuels.

Oberon Fuels, a development-stage producer of low carbon, renewable dimethyl ether (rDME) transportation fuel, has been focused on the research and development of a practical and affordable pathway to zero-emission transportation through its proprietary production process. Oberon’s rDME fuel is a cost-effective, low-carbon, zero-soot alternative to petroleum diesel.

Suburban Propane now owns an equal equity stake in Oberon, together with Martin. A veteran of the midstream oil and gas industry and transportation space, Martin is also president of Martin Resource Management Company and its publicly traded affiliate, Martin Midstream Partners, L.P.  Oberon’s co-founder and longtime Chief Operating Officer, Elliot Hicks, will continue leading Oberon’s operational and engineering efforts, and the management of Oberon will retain their current ownership interests in Oberon.

“It has been an honor to work with Rebecca for these past nine years,” said Martin. “She’s shown that she can raise funds, build partnerships, grow and lead teams, and overcome obstacles – everything you need in a CEO. I look forward to her continued success.”

Boudreaux has been a tireless advocate not only for Oberon Fuels, but also the entire Dimethyl Ether (DME) industry. “She has traveled the world spreading the gospel of DME at industry events, collaborations, demonstrations and hundreds of 1-1 coffee meetings. She has been instrumental at shepherding the various regulatory approvals for DME, building coalitions to support DME and getting countless others to believe in the vision of decarbonising transportation through DME,” Oberon posted on LinkedIn.

Suburban Propane Partners, L.P. (NYSE: SPH), based in Whippany, New Jersey, U.S.A., is a nationwide distributor of propane, fuel oil and related products and services, as well as a marketer of natural gas and electricity.

Pursuant to the agreements between the parties, Suburban Propane has also committed to provide additional funding to support the continued development efforts to begin commercialising a rDME/propane blended product.

“At Suburban Propane, we recognise the need to reduce the nation’s carbon footprint and improve overall air quality. The current clean-burning attributes of propane are a positive contributor to the goals of decarbonisation, particularly when used as a replacement for gasoline and diesel in the transportation sector. Through our Go Green with Suburban Propane initiative, we are committed to the development of innovative solutions to further reduce the emissions profile of propane and to creating a pathway to zero carbon emissions,” said Michael Stivala, Suburban Propane president and chief executive officer. “Our investment in Oberon Fuels is perfectly aligned with our strategic growth initiatives, and our commitment to being a pioneer in the transition to a sustainable energy future. We are very excited to partner with the team at Oberon Fuels to realise our joint vision of bringing DME technology together with propane to dramatically lower the carbon footprint.”

With recent grant funding from the California Energy Commission, Oberon is developing rDME for a novel use: a blending agent with propane. Traditional clean-burning propane can offer immediate opportunities to reduce carbon emissions in the transportation sector compared to gasoline and ultra-low sulfur diesel. With an estimated Carbon Intensity (CI) value of -278 according to the California Air Resources Board, and similar handling and storage properties as propane, rDME can be an ideal blending agent that can reduce the carbon intensity of propane.

Under the United States Environmental Protection Agency’s Renewable Fuel Standard, rDME is eligible for renewable identification number (RIN) credits when produced from dairy biogas using the Oberon process. During 2021, Oberon is expected to begin production of rDME from pulp mill waste (with an annual production capacity estimated at 1.6 million gallons) at its demonstration facility in California’s Imperial Valley.  Suburban Propane will have the exclusive rights to work with Oberon to market and sell rDME and rDME/propane blends in the United States, Canada and Mexico. 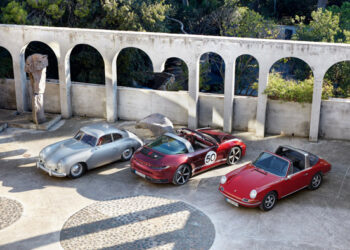 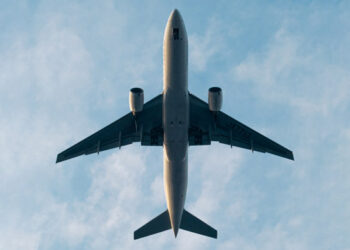