Sukla Mistry has been selected by the Public Enterprises Selection Board (PESB) to become the next director of refineries for India’s largest state-owned oil and gas company Indian Oil Corporation Ltd (IOCL). PESB announced their recommendation yesterday after shortlisting and interviewing seven candidates for the position.

Once cleared by the Appointments Committee of the Cabinet (ACC), Mistry will create history by becoming the first ever woman director of Indian Oil Corporation Limited, the highest-ranked Indian Energy PSU in Fortune’s ‘Global 500’ listing.

Mistry is currently executive director and refinery head at IOCL’s Barauni refinery ​​in Bihar state. She is the first woman ever to be in charge of an oil refinery in India. Potentially, she can succeed IOCL’s current Chairman and Managing Director, Shrikant Madhav Vaidya, when he retires in August 2023. Refinery experience is key to the selection of a candidate to the post of chairman and managing director. Both Vaidya and his predecessor, Sanjiv Singh, held the post of director for IOCL refineries before they were nominated chairman and managing director.

Mistry is a qualified BE (Metallurgy) from Calcutta University. She holds an Advanced Diploma in Management from ICFAI, which is among top business schools in India, besides certifications in Industrial Radiography & Ultrasonic Non-destructive Testing. Mistry joined IOCL’s Haldia refinery, near Kolkata, West Bengal, as a graduate trainee engineer in 1986. She became an inspection engineer in 1987.

In a 2012 magazine article, Mistry said, “Being a woman to prove my mettle, I had to work extremely hard for long hours in arduous conditions and break the trend of conventional way of work being considered for women only in India. I also worked late in the evening including night shifts to establish equal competency with men be it technical, physical or administrative.”

In 2000, she was transferred to Barauni refinery, she was involved in the execution and implementation of the Barauni Expansion Project. In 2001, she became the first woman engineer from India to be assigned to the ENOC refinery in Dubai, United Arab Emirates. After successful completion of this assignment, she was selected by Qatar Petroleum as senior inspection engineer for their LAB project. She then moved back to India in 2006, this time to Panipat refinery, in Haryana, as project in charge of her most challenging project yet, a 238 megawatt power plant for the naphtha cracker project at the refinery.

She is the recipient of various national awards like the NPMP Award, Petrofed Best Woman Executive Award, Kaizen Award for Best Suggestion, Petrotech Ujasini Award, etc. She also has various publications to her credit. She is an active advocate of women empowerment. 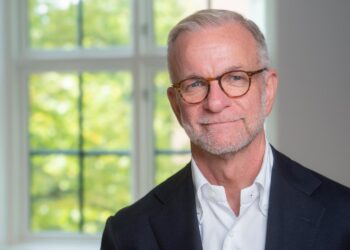