California to transition to electric zero-emission trucks by 2024

The California Air Resources Board (CARB) has adopted a first-in-the-world rule requiring truck manufacturers to transition from diesel trucks and vans to electric zero-emission trucks beginning in 2024. By 2045, every new truck sold in California will be zero-emission. This bold and timely move sets a clean-truck standard for the U.S. and the world, and […]

Oberon Fuels, a producer of renewable dimethyl ether (rDME) transportation fuel, has added two executives to its growing team as it upgrades its Brawley, California, U.S.A. production facility to produce the first rDME in the United States. John Valle joins as director of Operations, and Bipin Patel joins as director of Engineering. In 2019, the […]

The California Air Resources Board (CARB) intends to propose modifications to California’s Alternative Diesel Fuels (ADF) regulation that will ensure that additives perform consistently with the U.S. state’s regulatory requirements. These amendments may require additional testing of currently certified additives, among other steps, to ensure conformance with regulatory standards for currently certified additives and additives […]

According to new data gathered by the California Air Resources Board’s (CARB) Low Carbon Fuel Standard program, bio-based diesel fuels deliver the state’s biggest reduction in carbon emissions for the transportation sector. In 2018, the use of these bio-based fuels reduced 4.3 million tons of carbon dioxide in the U.S. state of California. This amount surpassed the reduction […]

Chinese automaker BYD (Build Your Dreams), the world’s largest electric vehicle maker, has delivered the first battery-electric 8TT truck to the Port of Oakland in the U.S. state of California. The Class 8 truck was grant-funded by the California Air Resources Board (CARB) and will be part of a three-year feasibility study to determine whether […]

California is leading an 18-state coalition to sue the U.S. Environmental Protection Agency (EPA) to preserve a single vehicle emission standard for the United States. The lawsuit, which was filed on 1 May in the United States Court of Appeals for the District of Columbia Circuit, seeks to set aside and hold unlawful the U.S. […]

The California Air Resources Board (CARB) has approved a bold plan to accelerate the reduction of greenhouse gas emissions over the coming decade while improving air quality and public health, investing in disadvantaged communities, supporting jobs and economic growth. “At a time when science shows us that climate change is happening faster than anticipated, California […]

The California Air Resources Board (CARB) announced last week that it has certified a biodiesel additive that will make B20 blends in California the cleanest proven and tested diesel fuel with the lowest emissions profile available anywhere in the United States. “Biodiesel has been a key to help California meet its intense carbon reduction goals. […]

The U.S. announced new rules that would raise its fuel economy and emissions standards for heavy- and medium-duty vehicles, including school buses, delivery vans, garbage trucks and large long-haul tractor-trailers. Heavy vehicles represent only 5% of road traffic, but they account for a staggering 20% of carbon pollution from transportation. Without government action, the amount […]

U.S. EPA releases draft report on review of emissions and fuel economy standards for MY 2022-2025 vehicles

U.S. automotive manufacturers are innovating and bringing new technology to market at a rapid pace and should be able to meet the Model Year 2022-2025 standards established in 2012 with a wide range of cost-effective technologies, according to a report published jointly by the U.S. Environmental Protection Agency (EPA), the U.S. Department of Transportation and […] 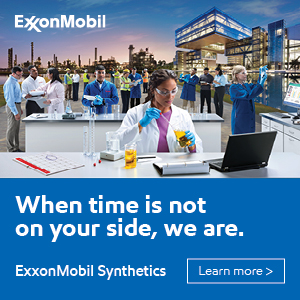 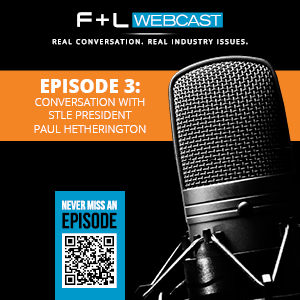