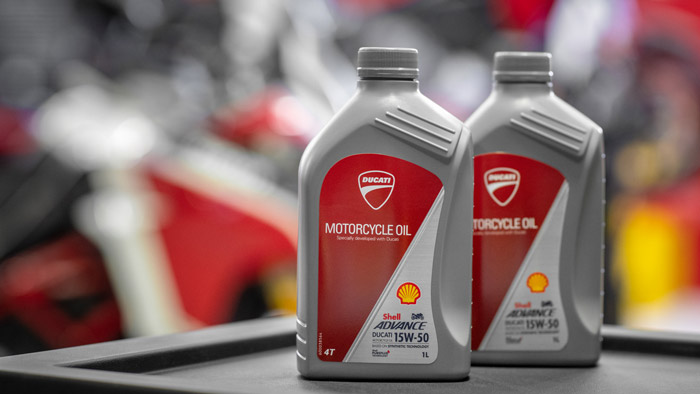 Shell and Ducati announced the three-year renewal of their engine oil first fill agreement for all Ducati motorcycles produced at its factories in Bologna, Italy, and Rayong, Thailand. In addition, Ducati is extending to Germany, France and UK its aftermarket agreement with Shell for the exclusive Shell Advance Ducati engine oil, which already covered the […]

Shell and Ducati announced an extension of their technical partnership agreement for another three years, taking it past the 20-year mark. Shell also becomes Ducati’s exclusive supplier of aftermarket engine oils for the first time, with the launch of Shell Advance Ducati, Shell’s new motorcycle oil developed specially for Ducati road bikes. The technical partnership […]