Total, the French energy major, Ørsted, renewable major, and Elicio, a renewable energy producer preselected by the French Energy Regulatory Commission, announced the creation of an industrial consortium to submit a joint bid for the Dunkirk offshore wind farm project for a power capacity of up to 600 MW.

“Total’s participation in this offshore wind bid is in line with our strategy to develop low-carbon electricity business in Europe. Our recognized offshore oil and gas know-how combined with Ørsted market-leading expertise across the offshore wind energy value chain, as well as that of Elicio, an experienced developer qualified from the beginning of the bid, provide a solid foundation for success of a safe and competitive project,“ said Philippe Sauquet, president, Gas, Renewables and Power at Total.

“Offshore wind can contribute significantly to France’s renewable energy targets. As the world-leading offshore wind developer, we bring an unparalleled track-record in developing, constructing and operating offshore wind farms to the consortium, and the combined competencies of Ørsted, Total and Elicio are ideal to help France unleash its significant potential for developing clean power from offshore wind,” said Martin Neubert, chief executive officer of Ørsted Offshore.

“Wind energy has significant growth potential in France and is at the heart of Elicio’s strategy to contribute towards a cleaner and cost-effective energy powered world. Further to Elicio’s successful preselection for the French round 3 competitive dialogue and by joining our unique expertise and experience, we are committed, with our partners Total and Ørsted, to making this tender a milestone in the French offshore wind sector,” Emile Dumont, president of Elicio France, said.

Headquartered in Denmark, Ørsted is a world leader in offshore wind power, managing more than a quarter of the world’s installed capacity. Elicio is an energy producer, active in the renewable energy sector, particularly in wind energy, in France, Belgium and internationally. Total produces fuels, natural gas and low-carbon electricity, in more than 130 countries. 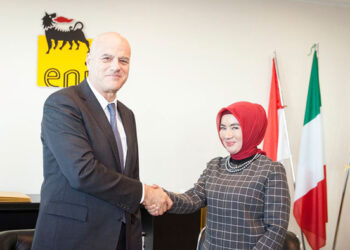