In its first quarter as a public company, Valvoline Inc. reported increases in lubricant volumes and sales of 2% or 43.5 million gallons to 44.5 million gallons and USD484 million to USD494 million, respectively. Net income for the fourth quarter ending September 30, 2016 was USD65 million, leading to earnings per diluted share of USD0.32. The company also reported a 12% increase in adjusted earnings before interest, taxes, depreciation and amortization (adjusted EBITDA) and adjusted earnings per diluted share growth of 4% from USD0.28 to USD0.29.

These solid fourth quarter results were driven by growth in premium product sales, sound execution with channel partners, significant increases in same store sales and store count, and by the February acquisition of 89 Oil Can Henry’s stores.

For the fiscal year 2016 ending September 30, 2016, Valvoline reported a 4% increase in lubricant volume to 174.5 million gallons. Net income for the year was USD273 million, leading to earnings per diluted share of USD1.33. The company also reported a 9% increase in adjusted EBITDA, reaching USD457 million, and adjusted earnings per share diluted share (EPS) growth of 6% from USD1.24 to USD1.31.

On September 28, 2016, Valvoline completed the initial public offering of its common stock at a price of USD22.00 per share, taking the first step in separating from Ashland and establishing a new shareholder base, reflecting the midcap consumer brand nature of the business. In addition to raising USD759 million in equity capital at the time of the IPO, Valvoline raised USD750 million of corporate debt. Ashland continues to own 83% of Valvoline’s outstanding common stock.

“Our operational separation from Ashland is a seminal event in Valvoline’s 150-year history as it gives us the agility to pursue growth opportunities unique to a stand-alone company in our industry,” said Chief Executive Officer Sam Mitchell.

Core North America delivered volume gains in a number of its channels to market, including the Do-It-Yourself (DIY) and Heavy-Duty markets. DIY was driven by expanded distribution and strong marketing and promotion campaigns, while Heavy-Duty was driven by expanded distribution. Growth of branded lubricant volume was offset by lower private label volume, leading to a modest 1% lubricant volume decline for the segment. Sales declined 3% due to reduced selling prices, reflecting lower raw material costs. Operating income was USD42 million in both fiscal 2016 and 2015 fourth quarters.

In addition, 19 stores were added to the Express Care platform, bringing the total number of stores in that network to 347. 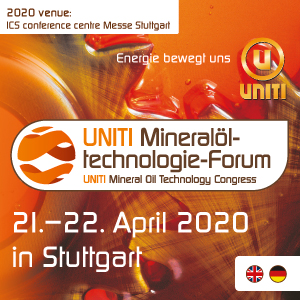