Vitol Dubai secures 15% stake in Hascol Petroleum, may purchase another 10%

Vitol Dubai Limited, which is part of the Vitol Group, has entered into a Share Purchase Agreement (SPA) with a number of shareholders in Hascol Petroleum Limited to acquire shares equivalent to 15% of Hascol’s total share capital for a total amount of USD 28 million, with the option to buy another 10% shareholding within one year, subject to the relevant regulatory approvals.

The Vitol Group was founded in 1966 in Rotterdam, The Netherlands. Globally, Vitol trades more than 5 million barrels of crude oil and oil products per day.

Hascol Petroleum Limited is a fast growing retailer in Pakistan, with more than 300 service stations nationwide. To date, Hascol Petroleum’s sales have increased by 38% in volume terms year-on-year and, with its countrywide network of infrastructure, the company is well positioned to serve Pakistan’s growing energy needs.

Hascol Petroleum was incorporated in 2001 under the 1984 companies ordinance, primarily to take advantage of the deregulation of Pakistan’s petroleum sector, initially undertaking a programme for owning, leasing and renting oil storage facilities as well as importing petroleum products for its own account. In February 2005, Hascol was granted a full marketing license by the government and since then, Hascol has been engaged in developing a retail network under the HASCOL brand.

Chris Bake, a member of Vitol’s Executive Committee, said: “Pakistan is a country with huge potential. We are delighted to be investing in its energy sector and look forward to working with Hascol to optimise their supply chain as they grow their footprint further.” 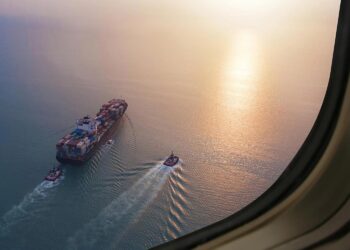