Cooper has more than 30 years’ experience in the oil & gas, refining and transportation industries. He spent more than 20 years with Irving Oil in Canada where he has held refining and commercial roles, most recently as general manager of the Saint John Refinery, a 320,000 barrel-per-day facility where he led a team of 1,500 people. Prior to this, he held roles as general manager, Mid-Continent crude and leadership roles in rail logistics, supply chain operations, refinery operations and project management. Prior to joining Irving Oil, Cooper held operational and engineering roles with Saudi Aramco and Esso Petroleum Canada.

Since arriving, Cooper has been preparing for a significant four-month maintenance project, meeting the refinery team and briefing them on Viva Energy’s vision to develop the facility into an Energy Hub.

“The Energy Hub project will be great news for the Geelong region,” Cooper said. “It has the potential to diversify and strengthen the refinery’s operations by expanding into new areas of energy supply and production, reducing the facility’s operating costs and supporting the State’s transition to new energies. We are hoping the Energy Hub will enhance energy security for Australia, help the viability of our refinery and support the development of new jobs and skills in the Geelong region.”

On July 5, Viva Energy announced that it has commenced the process of seeking expressions of interest from commercial partners for the proposed LNG Regasification Terminal. This project would form a key part of the broader Geelong Energy Hub to be developed alongside the company’s existing refinery located in Corio.

After successful completion of initial technical studies on the LNG Regasification Terminal (LNGR), the company is intending to proceed to the front-end engineering and design phase of this project by the end of the year.

Viva Energy CEO Scott Wyatt said that the business was looking to form commercial strategic partnerships with other companies that can support the LNG Regasification Terminal and the broader vision for the Geelong Energy Hub, the first integrated energy hub in Australia of its kind.

“Our LNG Regasification Terminal offers gas producers, wholesalers and retailers an opportunity to gain access to the largest domestic gas market in Australia with pipeline links to other south eastern states.

“We hope to be able to bring gas from Australian production fields to where it is needed so that the whole country can enjoy the benefits of our vast resources and help bring energy prices down by increasing supply and competition.

“Our project builds on our existing refining infrastructure which makes it significantly more competitive than other proposals and naturally reduces any new environmental impacts. We are already set up to take large shipments of oil on a regular basis, and can easily accommodate additional LNG gas vessels alongside these operations

“Victoria needs additional gas, but it makes sense to build this alongside an established facility like Geelong where you have existing capability and experience with direct access to port, pipeline, and processing infrastructure.

“Geelong is already home to the state’s second largest port with significant employment and existing infrastructure to support projects like this. Viva Energy has been operating in Geelong for nearly 70 years and has invested nearly AUD500 million (USD347 million) over the last five years in modernising and improving its refining operations. The LNG Regasification project is the next step to establishing a leading Energy Hub.

“As part of our Energy Hub project, Viva Energy is currently assessing the feasibility to establish a solar energy farm on surplus refinery land and the potential for gas fired power generation and hydrogen production to support this emerging sector,” Wyatt added.

“We see opportunities to reduce our own emissions and support the transition to renewables by providing on-demand electricity and commercial volumes of hydrogen to kick start this industry in Victoria. These are all part of our vision for Geelong and we are excited about getting this underway with the construction of the state’s first LNG regasification terminal,” he said.

The expressions of interest opportunity exists to partner with Viva Energy in bringing the Energy Hub Project to market.

The EOI information outlines Viva Energy’s vision and longer term goals of the Energy Hub, in addition to demonstrating the unique attributes Geelong has as the preferred location for a LNG Regasification Terminal in Australia. 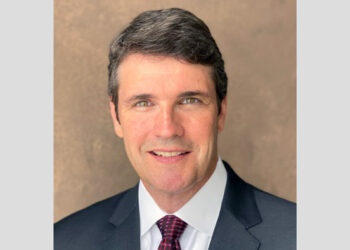