Volvo Cars is making significant investments that allow for the in-house design and development of electric motors (e-motors) for the next generation of Volvo models, as the company continues to move towards becoming a fully electric car maker.

The company opened a brand new electric motor lab in Shanghai, China, the latest addition to its global network of facilities for the development and testing of electric car components, on November 2, 2020. The lab comes in addition to ongoing e-motor development in Gothenburg, Sweden and state-of-the-art battery labs in China and Sweden. Volvo Cars is owned by Geely Auto Group, a leading automobile manufacturer based in Hangzhou, China, and a subsidiary of Zhejiang Geely Holding Group.

Taking over the role of the internal combustion engine in car engineering, e-motors are a fundamental building block of electric cars, together with the battery and power electronics. The interplay between these three component areas is crucial in developing premium electric cars.

“Through in-house design and development, we can fine tune our e-motors to ever better levels,” said Henrik Green, chief technology officer at Volvo Cars. “By constantly improving their overall performance levels in terms of energy efficiency and comfort, we create an electric driving experience that is unique to Volvo.”

E-motors enable hallmark features that electric cars are known for, such as instant acceleration and so-called one pedal driving, whereby drivers use the gas pedal both for acceleration and deceleration, depending on whether they push in or lift their foot off the pedal.

The investments in e-motor design and development represent yet another step towards Volvo Cars’ climate ambitions and electrification strategy. It aims for 50% of its sales to be fully electric vehicles by 2025, with the rest hybrids.

Electrification is part of the company’s comprehensive climate plan which addresses carbon emissions across all its operations and products, towards its ambition to become climate neutral by 2040.

The plan goes beyond addressing tailpipe emissions through electrification; the company will also tackle carbon emissions in its manufacturing network and wider operations, its supply chain and through recycling and reuse of materials.

As a first tangible step towards its 2040 vision the company aims to reduce its lifecycle carbon footprint per car by 40% between 2018 and 2025.

Volvo Cars global sales rose by 7.1% in terms of volume in October 2020, compared with the same period last year, driven by double digit sales increases in China and the U.S.

The company sold 65,290 cars during the month. Volume growth was driven by a continued strong demand for Volvo Cars’ award-winning SUV range.

The share of Recharge models, with a fully electric or plugin hybrid powertrain, more than doubled in the first 10 months, compared with the same period last year, and now make up 16.0% of global sales. In Europe, the share was 27.0% during the same period. 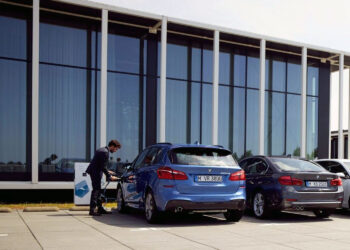 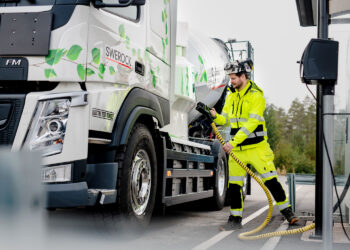