Woolworths Group Limited announced that it has entered into a long-term strategic alliance with Caltex Australia across convenience, wholesale food, redemption, loyalty and fuel supply. The alliance will increase the network of fuel sites where its customers can redeem their fuel discounts and earn Woolworths Rewards points, significantly expand Woolworths Group’s Metro convenience footprint, and lock in a competitive fuel price for the Woolworths Petrol business for the future.

Under the terms of the agreements, Woolworths’ popular four cents per liter fuel redemption offering will be expanded across 125 new sites within Caltex Australia’s retail network, in addition to the 104 Caltex Australia redemption sites that exist today. Customers will also earn Woolworths Rewards points on fuel and merchandise purchases at more than 700 Caltex sites across Australia.

Woolworths Group has also signed a new 15-year wholesale fuel supply agreement with Caltex Australia, locking in a market competitive cost of fuel that is expected to deliver a significant and sustainable earnings uplift to the Woolworths Petrol business. The pre-tax benefit is expected to exceed AUD 80 million (USD 59.4 million) per annum and will accrue to the Woolworths Petrol business which will continue to be treated as a discontinued operation for accounting purposes. In addition, Caltex Australia will make a one-off payment of approximately AUD 50 million (USD 37.1 million) to the Woolworths Group. The new fuel supply agreement is on terms that represent an AUD 80 million (USD 59.4 million) reduction in annual EBIT to Caltex Australia, relative to the current contract.

Woolworths Group will continue to pursue an initial public offering (IPO) or sale of its petrol business. The size of the potential float is reported to be AUD 2 billion (USD 1.5 billion). An expanded management team has been put in place to position it for growth on a standalone basis. James Goth, director of Corporate Development for Woolworths Group, has been appointed chief executive officer. Angus Armstrong, currently general manager, Fuel and Metro, has been named chief operating officer.

The benefits of the existing fuel redemption and loyalty arrangements will continue to be available to customers across Woolworths’ existing 534 petrol sites across Australia.

“While we were disappointed with the termination of the BP agreement, we believe the customer benefits of our alliance with Caltex, combined with a new fuel supply agreement will allow us to deliver a compelling outcome for both our customers and our shareholders. Customers will have access to an extended redemption and loyalty network and an exciting new convenience food format,” said Brad Banducci, Woolworths Group CEO.

“The Woolworths Petrol business is in a good position to pursue its own growth agenda supported by a highly competitive fuel supply agreement and a strengthened management team, all underpinned by solid links to the Woolworths food business.”

“The alliance with Woolworths will allow Caltex to provide a very competitive convenience retail offering to its customers, along with an expanded redemption and new loyalty offering. It represents a significant milestone in the transformation of Caltex. Not only do these agreements secure the long-term supply of quality fuel to the Woolworths sites, but they accelerate our Freedom of Convenience Strategy and confirm Convenience Retail as a core business alongside Fuels & Infrastructure,” said Julian Segal, Caltex Australia’s managing director and CEO. 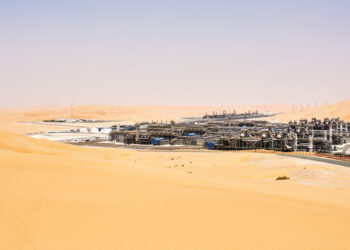