The bill adopts a “split gas” approach, with methane treated differently to other greenhouse gases.
A 10% reduction in biological methane emissions, which largely come from livestock belching, is directed by 2030, from 2017 levels. All other greenhouse gases, including carbon dioxide from transport and power production, would be reduced to “net zero” by 2050. The split gas approach acknowledges the importance of agriculture to the country’s economy, while still delivering New Zealand’s obligations as a signatory of the 2016 Paris Agreement on Climate Change.

After a lengthy consultation, and unprecedented public submissions, the three government partners Labour, NZ First and the Green Party reached an agreement on the legislation. New Zealanders have made it clear they want leadership and consensus on climate change legislation, says James Shaw, Green Party Leader and Climate Change Minister. Shaw also acknowledged opposition leader Simon Bridges for the National Party’s involvement in working through the bill.

While the bill has broad political support, public reaction has been less aligned.

Russel Norman, former Green Party leader and now chief executive of environmental lobby group Greenpeace, labelled the bill as “toothless” while speaking on current affairs show Checkpoint. “What we’ve got here is a reasonably ambitious piece of legislation that’s then had the teeth ripped out of it. There’s bark, but there’s no bite,” he said. Norman refers to the government decision not to award statutory powers to the independent Climate Change Commission, meaning no legal compulsion for anyone to take notice.

Conversely, pastoral agriculture lobbyists Federated Farmers have labelled the legislation as “frustratingly cruel,” due to the steep rate of reduction in emissions of methane. Dairy NZ Chief Executive Tim Mackie goes even further, stating that the methane targets “combined with reducing nitrous oxide to net zero, goes beyond expert scientific evidence for what is necessary in New Zealand.”

However, environmental protest group Extinction Rebellion Ōtautahi believe the targets are not aggressive enough, with spokesman Rowan Brook affirming the 2050 target date “doesn’t reflect the fact that we are in an ecological emergency.” 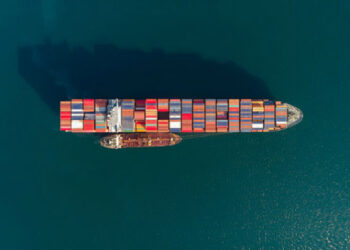