The agency told Eni not to use the advertisement again after a complaint was lodged by Italy’s consumer organisation Movimento Difesa del Cittadino, environmental NGO Legambiente, and T&E. The oil company has been running ads on TV, radio, in cinemas, fuel stations, print and online platforms since 2016. Official estimates found it cost between EUR5 million (USD5.5 million) and EUR15 million (USD16.7 million).

T&E said the authority’s decision delivers a blow to attempts by fossil fuel companies to portray biofuels to politicians as a way to decarbonise transport. Veronica Aneris, T&E’s Italy manager, said: ‘There is no such thing as green diesel made from palm oil or any other food crop because they cause deforestation. Oil companies need to stop trying to mislead drivers and politicians with the fake claim that biodiesel protects the environment and our health. Instead they should invest in proper clean fuels such as renewable electricity. The government should push oil companies to do their fair share to decarbonise the economy.’

The Eni Diesel+ fuel is 15% composed of HVO (Hydrotreated Vegetable Oil) from Eni’s Venice refinery. This ENI refinery makes HVO from crude palm oil and its derivatives, as shown by official data from the governmental energy agency Gestore Servizi Energetici.

The watchdog ruling states that ‘it’s particularly deceitful to use the denomination “Green Diesel’ and the qualifications ‘green’ and ‘renewable’ to refer to the HVO component of the product’. This is mainly because of the indirect land-use change emissions associated with palm oil use. It also argues that there’s no justification or calculation that justifies the 40% reduction in air pollution.

Palm oil is known to be an important driver of the destruction of rainforests and wildlife. According to a study for the European Commission, biodiesel from palm oil is three times worse for the climate than conventional diesel fuel, when indirect emissions from changes in the use of land are accounted for.

Italian green NGOs are urging the government to stop incentives for the use of palm oil in diesel fuel.

Italy is the second largest palm oil biodiesel producer in the European Union. More than half (54%) of all palm oil and derivatives imported into Italy in 2018 was used to make biodiesel, mainly at Eni’s refinery at Porto Marghera, Venice. The palm oil comes predominantly from Indonesia and, to a lesser extent, from Malaysia.

Last March, the EU decided that palm oil is not a green fuel and should not be promoted because it causes deforestation. The use of palm oil in diesel fuel will be gradually reduced from 2023 and should reach zero in 2030, with some exemptions. 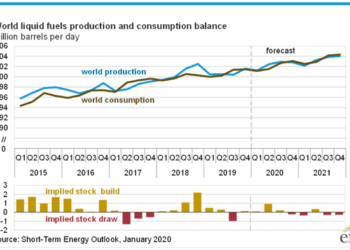