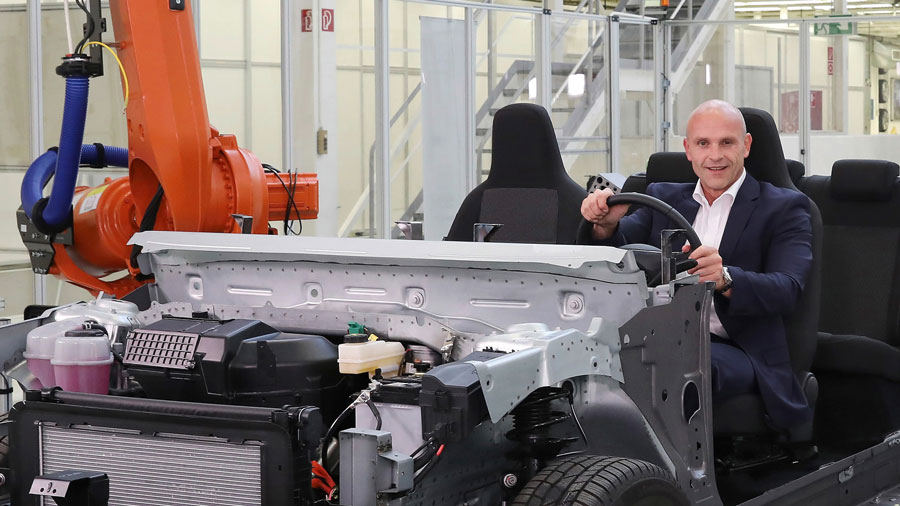 On 7 February 2018, Elon Musk told Wall Street analysts “the competitive strength of Tesla, long-term, is not going to be the car. It’s going to be the factory.” During the call, he spoke of simplifying manufacturing, improving automation — with an increasing use of robots, and increasing density on the assembly line. Despite being a relative newcomer into the auto manufacturing game, Musk suggested existing manufacturers “just don’t realise just how much potential there is for improvement. It’s way more than they think.”

But is Tesla really ahead of the game when it comes to the production of the next generation of automobiles? Investors certainly seem to think so. As of 4 December 2018 the Palo Alto, California, U.S.A.-based company had a market cap of USD61.77 billion. General Motors (GM), a leader in the manufacture of transportation and technology for more than 100 years and producer of popular U.S. brands such as Chevrolet, Buick, and GMC, had a notably smaller market cap of USD51.54 billion, according to Macro-Trends.

In the third quarter of 2018, Tesla delivered 83,500 vehicles worldwide. Despite an 11.1% decrease versus the same period in 2017, GM reported 694,638 deliveries in the U.S. market alone. Considering its well-publicised production issues, Tesla’s value seems to be in the brand and the vehicle, as opposed to the factory. For investors though, it is out with the old and in with the new, deeming Tesla appropriately positioned for an electrified future, and the old guard too slow to adapt.

No doubt, efficient and modern production facilities will be vital to the success or otherwise of this electric vehicle arms race. However, recent moves by established automakers to revamp their factories to manufacture electric cars at scale suggest they are more than up to the challenge.

Since the USD14.7 billion settlement for cheating emissions tests by installing “defeat devices” into automobiles, Volkswagen has been in a hurry to build a reputation as an environmentally conscious company and technology leader. The Zwickau development will have a target capacity of 330,000 electric models per annum. “The transformation of Zwickau into the number one e-mobility plant expresses our strong commitment to our home market,” said Volkswagen E-Mobility Board Member Thomas Ulbrich.

Production of the ID.1, Volkswagen’s first electric model based on a new modular electric toolkit (MEB), will commence in approximately 12 months at the former home of the Golf and Golf Estate models. From 2021, the factory will produce six electric models of three Group brands. MEB unlocks the full potential of e-mobility, offering “longer ranges, more space and a variety of new digital services,” says Ulbrich.

However, Zwickau is just the “starting point for our global electric offensive,” he adds. As part of the much-vaunted Roadmap E., the company is building capacity for one million electric cars per year from 2025. Factories in Emden and Hanover will also be converted to build electric cars. “Together with Zwickau, they will form the largest network for the production of electric vehicles in Europe,” said Volkswagen HR Board Member Gunnar Kilian. Emden will initiate production of electric vehicles in 2021, Hanover by 2022, alongside the manufacture of conventionally powered vehicles.

China is the clear frontrunner in global EV sales. The creation of two Volkswagen MEB plants is underway in China, at Anting/Shanghai and Foshan. A recent plant expansion has doubled the capacity at Foshan to 600,000 vehicles per year, with automobiles there gradually being electrified. Production of MEB vehicles and MEB battery systems is due to begin by 2020.

Volkswagen has also indicated plans to manufacture MEB vehicles in North America, with location details yet to be confirmed.

Despite Volkswagen’s ambitious assault on electrification, with the requisite media attention afforded to Musk and his every move, you could be forgiven for believing the incumbents are not in Tesla’s ballpark. But perhaps they have simply been biding their time, waiting for the real game to start, milking their cash generating petrol and diesel-powered businesses — all the while waiting for battery costs to fall, charging infrastructure to improve and economies of scale to kick in?

Leading OEMs are now beginning to flaunt their plentiful financial resources, decades of manufacturing know-how, and global sales networks. Resources are steadily being directed into profitable mass production of models from 2020 onwards. Some experts believe the combination of expertise and global contacts will allow traditional auto manufacturers to scale more quickly and efficiently, and in turn, deliver a wide range of models that will satisfy customer preferences.

In July, German Multinational BMW announced its first factory built from the ground up to manufacture electric vehicles, near Debrecen, Hungary. An “approximately EUR1 billion (USD1.14 billion)” investment will deliver a capacity of up to 150,000 units a year. The relatively small Hungarian city was chosen for its strong infrastructure, logistics connections and proximity to an established supplier network. The new plant will produce both ICE and electrified BMW models, an expertise that will be extended to all of its factories moving forward providing “greater capacity to our worldwide production network,” says BMW AG Board Member for Production, Oliver Zipse.

And it certainly is a worldwide network. BMW sells ICE vehicles in 137 markets and electrified cars in 74. It is this global distribution network that is difficult to replicate and is perhaps undervalued by investors.

For automakers with global aspirations, manufacturing in China — the world’s largest car market — is fundamental. Tesla has been pursuing a Chinese factory for years. In October, the company officially announced a land deal with the Shanghai government to build its Chinese gigafactory. Tesla offered a two-year timeline for beginning production once construction of the site commences. The plant has capacity for 500,000 vehicles per year, tipping Tesla’s total global manufacturing capacity over seven figures.

Even U.K. vacuum cleaning company Dyson is getting in on the action. The technology company believes its battery expertise will translate into automotive proficiency and will commence construction of a Singapore manufacturing facility to produce electric vehicles in December 2018. The two-storey, purpose-built facility is scheduled for completion in 2020, for a 2021 vehicle launch. Whether James Dyson’s vision for an electric car and his USD2.7 billion investment in technology and production will translate into global success against existing automakers remains to be seen.