Castrol, which is owned by UK oil major BP, has developed a new technology that could very well be the biggest change in the industry. Nexcel, Castrol’s oil change in a box, which is named for embodying “the next generation oil cell technology,” has the potential to take a process that normally takes around 20 minutes , and pare that down to 90 seconds. In addition to speeding up the process, Castrol claims that Nexcel is also better for the environment and less wasteful in general.

“If Nexcel were fitted onto every car in the world today, it would save more than 200,000 road tankers of virgin oil from being produced, every year,” Oliver Taylor, Nexcel’s chief engineer, said. Essentially this technology has the potential to change the game. The technology is somewhat analogous to printer cartridges. However, the Nexcel oil cell contains both the lubricant and oil filter, is clean and easy to change and the Nexcel team are working directly with multiple manufacturers to generate a common interface.

One of the limiting factors for oil change facilities has always been capacity, regardless of the facility’s size. Shops have to maximise the number of oil changes they can perform in order to generate revenue, and Nexcel has the potential to dramatically increase throughput. Furthermore, “the technicians completing the oil service are ordinarily quite skilled, but are wasting time with relatively low skill, low value add processes when they complete normal oil changes. Nexcel offers the opportunity for this to be completely changed. For instance the oil service will not need for the car to be driven onto the ramps, and can be completed, for example, by the apprentice,” Taylor said.

One of the ways in which this technology remains cleaner is through replacing the entire Nexcel oil cell, rather than draining the oil. The used oil cells are then collected and recycled, resulting in no spilled or wasted oil. This has the potential to make a big difference in developing countries that don’t have the infrastructure to safely dispose of used oil. With a dedicated innovation team who developed this technology, Castrol is “focused on pushing boundaries and are at the forefront of our industry,” Taylor said.

Taylor added that “the oil cells are designed to be reused a number of times – which is important because of the impeccable environmental credentials of the program.”

The Nexcel system has been tested on a range of engines from very small city cars to cutting-edge high-powered racing engines in the most extreme of conditions, Castrol said, performing smoothly even under severe braking of up to 1.8G, the equivalent of a vehicle travelling at 100km/h stopping dead in 1.6 seconds.Additionally, the system oil flow has been tested up to 600 litres a minute –10 to 20 times greater than seen in a conventional passenger car engine.

The first vehicle to be fitted with the technology is the Aston Martin Vulcan supercar. Aston Martin CEO Andy Palmer explained,“we believe that the Aston Martin Vulcan sets a whole new standard in the ultra‐high luxury supercar class, just as the Nexcel technology sets a whole new standard in engine lubrication. It therefore made perfect sense for us to bring these two innovations in engineering together, and showcase their capabilities.”

Richard Parry-Jones, chairman of Nexcel’s advisory board, explained that the Nexcel cartridge can reduce CO2 emissions in vehicles because it is a more efficient way to heat up and use the oil. Furthermore, Nexcel “has been designed to reduce tailpipe carbon dioxide (CO2) emissions by ensuring a precise oil-engine match and helping the oil to warm up more quickly.”

One of the benefits of the technology is that it works on both passenger and commercial vehicles, for both gasoline and diesel engines. In addition to containing both the oil and filter , the Nexcel cartridge also includes electronic sensors to indicate whether or not you’ve used the correct oil.

“We’ve been changing oil the same way for almost 100 years,” Taylor said. The technology is a “win-win-win” with three advantages for the customer, he added:1) a faster and simpler process for the customer, 2) CO2 emissions saved ,and 3) really good control of the used oil recycling chain.

As with any big change to technology, the process will take time. Castrol plans for Nexcel to be available for mass production by 2020.It is not just Castrol specific. The Nexcel system will also be available filled with lubricants from other oil companies . 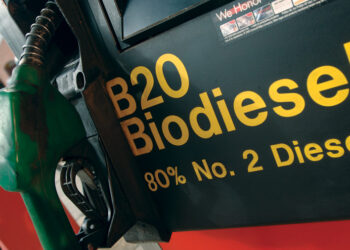 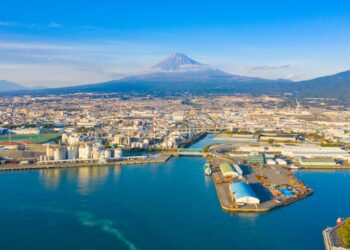