Home / F+L Magazine / The rise and fall of engine remanufacturing? 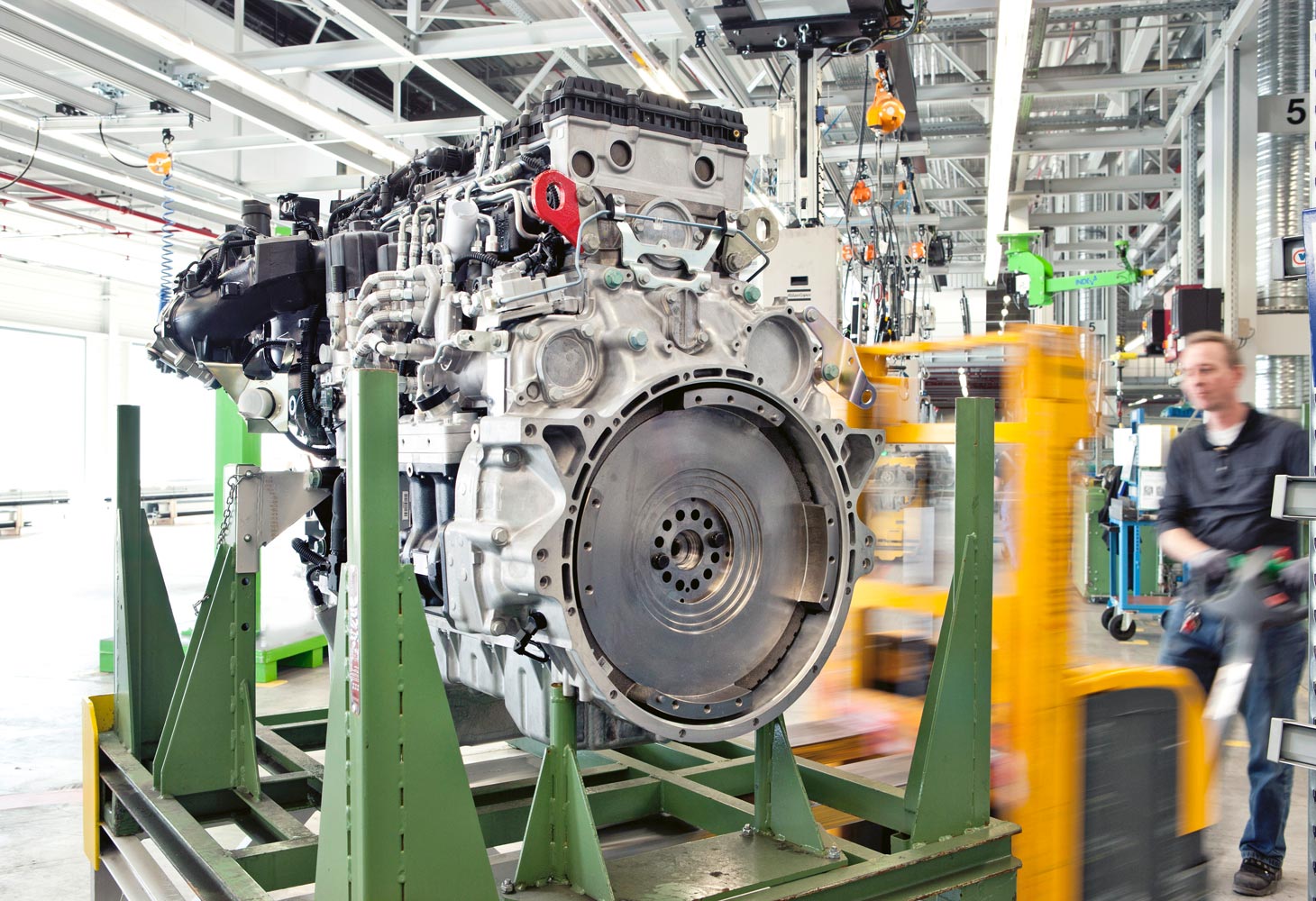 During the height of World War II, natural resources were scarce and shared right across the war effort. The conflict forced warring nations to restructure traditional material flows to conserve resources. It was at this time that automakers began the practice of remanufacturing automotive parts.

Remanufacturing is now a fundamental component of the automotive industry. Engines and parts that have exceeded their initial lifecycle are harvested from old vehicles and restored to original performance specifications. The concept differs from recycling, where materials are dissolved before being converted into entirely new products or objects. Remanufactured parts are rebuilt “as good as new” and often carry the same warranty as a new product, at a fraction of the cost.

Automotive remanufacturing is of increasing importance within the automobile industry. The Volvo Group has been remanufacturing automotive parts such as engines, transmissions, and axles for over 60 years and has six remanufacturing plants around the world. The company’s 6,500 square metre Middletown, Pennsylvania, U.S.A. remanufacturing centre was opened in 1980 and revitalises powertrain components for Mack and Volvo trucks, construction equipment, and buses. “Remanufacturing is definitely a growing business,” says Jerry Resch, quality, engineering, and environmental manager at the Middletown location, in a statement on the company website. “The next step in remanufacturing is looking into the processes of electromobility,” he says.

Engines built with remanufacturing in mind

Engine manufacturer Cummins is another that maintains a remanufactured-not rebuilt attitude. The company says its engines are built with remanufacturing in mind. Engines can be remanufactured up to three times with 85% of the machine gaining a second life. Cummins’ New and ReCon Parts (NRP) organisation generated USD1.5 billion in sales in 2018, remanufacturing approximately 18,700 engines, 134,000 turbochargers, and countless additional remanufactured parts.The benefits of remanufacturing are obvious. Use of natural resources is minimised, and the process has lower energy consumption and a smaller carbon dioxide (CO2) footprint. The Automotive Parts Remanufacturers Association (APRA), a group of nearly 1,000 member-businesses engaged in automotive and truck remanufacturing, suggests car parts remanufacturing is already saving millions of barrels of oil, or comparable forms of energy, by minimising the energy-intensive smelting process.

Volvo claims 80% lower energy use when remanufacturing worn parts compared with newly manufactured parts. It also costs less. Estimates range from 40-65% of the cost of a new product. Lars Färnskog, plant manager at Volvo’s Part’s Plant in Flen, Sweden, is convinced the large-scale environmental benefits are going to increase the demand for exchange parts, according to the company website. The Swedish facility revitalises worn-out engines from heavy-duty trucks, most of which are eight or nine years old. As the average age of the vehicle fleet continues to increase and the focus on sustainability intensifies, there is an opportunity for further growth in remanufacturing.

Oddly, the recent trend in remanufacturing has been the opposite. According to an August 2021 report by global research company IBISWorld “Auto Parts Remanufacturing in the U.S. – Market Size 2005–2027,” the auto parts remanufacturing industry in the United States has declined 6.9% per year on average between 2016 to 2021. Total revenue was estimated at USD5.2 billion in 2021. Improvements in the economy and the impact of Covid-19 on travel towards the end of the period were both attributed to recent declines.

However, several analysts have projected strong future growth in automotive parts remanufacturing. IBISWorld anticipates a compound annual growth rate (CAGR) of 7.1% to 2026 — mirroring the shift towards environmentally friendly products, a shortage in raw materials, and associated price fluctuations. A June 2021 report “Global Remanufactured Automotive Parts Market 2021-2025” by ReportLinker forecast a slightly lower CAGR of almost 4%, with the market expected to grow by USD10.55 billion during the forecast period.

Metalworking fluids will continue to play vital role in machining

Success of the metalworking and automotive manufacturing industries has long been intertwined. Though, the emerging trends of dry machining and minimum quantity lubrication (MQL), as well as techniques such as net shape casting, 3D metal printing, hydroforming, and high-speed cutting, have all presented challenges for industrial lubricant manufacturers. These practices offer lower operating costs for automakers and a decrease in the consumption of metalworking fluids and specialty products. Recycling metalworking fluids also offers a potential 8% volume reduction against a non-recycling system.

Despite these apparent hurdles for lubricant manufacturers, metalworking fluids and coolants will continue to play a vital role in machining. Forecast growth in remanufacturing could lead to a bloom in the metalworking market over the next five to 10 years. The question is, how long will it last, and will remanufacturing survive in light of the big push to electrification? The automotive market is changing. Even though many “experts” continue to downplay the impact of electric vehicles, the long-term future of the once-dominant internal combustion engine (ICE) is in doubt. An increasing number of countries have implemented bans on the ICE or mandated 100% sales of zero-emission vehicles. Norway’s ban on ICE starts in only four years, whereas most other government bans target the early to mid-2030s for the end of vehicles running on fossil fuels.

Speaking at F+L Week back in 2017, John Burke, STLE Fellow and global director of engineering at Houghton International, now Quaker Houghton, indicated that the market for metalworking fluids is going to drop markedly with the rise of electric vehicles. A fuel-powered ICE comprises upwards of 1,400 functional parts including metals such as steel, aluminium, and magnesium. The simpler infrastructure of electric vehicles includes a comparatively meagre 200 parts.

Demand for ICE engine parts, new or remanufactured, such as pistons, piston engine blocks, valves, and more, will no longer be necessary resulting in the lower consumption of metalworking fluids. Though, usage of drawing and stamping fluids, cleaners, and rust preventives will remain important.

“Long term, the increase in sales and use of electric vehicles will, without doubt, change automotive remanufacturing,” says Joe Kripli, president of APRA. “There is an entire supplier base that will need to pivot or disappear,” he says.

Kripli foresees a spike in remanufacturing for the next 20 years. As the number of ICE vehicles decline, new components will be hard to come by. Tier 1 and Tier 2 suppliers will not wish to produce service parts for vehicles that will be replaced with the EV, he says. In agriculture, the impact will be even more pronounced. Farmers work with 50-year-old tractors today. Where will they get parts from when suppliers pivot or disappear? However, Kripli also emphasised the unknown impact of government mandates on the destruction of vehicles of a certain age. Spare parts for electric vehicles will be required with an enduring focus on sustainability, and remanufacturing is likely to find new markets moving forward. Electric driving motors and lithium batteries offer both a challenge and an opportunity, but it is one that traditional remanufacturing companies are ill-prepared for. While remanufacturers scurry to build up the knowledge and competencies for reprocessing electric vehicle components, the impact on lubricant demand remains to be seen.

Gearing up for this new world, ATC Drivetrain announced the launch of remanufacturing capabilities for electric vehicle systems at its Oklahoma City, Oklahoma, U.S.A., and Zhangjiang, China, facilities on June 4, 2021. The investments will serve both the North American and Asian markets. “With our launch of these competencies in the U.S. and China, we expect to be the first and only independent remanufacturer with global capacities for ICE, hybrid, and fully electric vehicle solutions,” said George Kostopoulos, vice president of global sales and marketing, in a statement. 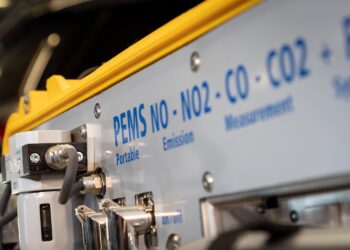 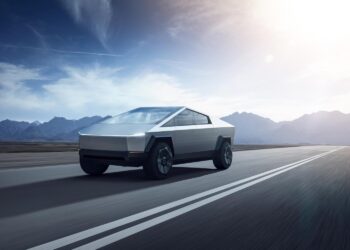