Fuchs Lubritech GmbH, which is based in Kaiserslautern, manufactures and distributes specialty lubricants. The company markets its products to customers throughout Germany, the United Kingdom, France, Australia, the United States, Brazil, Japan, China, India, and others. In 2021, Fuchs Lubritech GmbH generated sales of EUR140 million (USD150 million). With around 350 employees, the company operated two production sites.

“The merger will allow us to systematically expand our focus on targeted market segments in Germany and to optimally utilize and expand the strengths of both sales organizations in terms of added customer value,” said Stefan Fuchs, chairman of the Board of Fuchs Petrolub.

The merger is an important milestone of the FUCHS2025 initiative which was launched in 2019. Fuchs has developed a strategy based on six strategic pillars: Global Strength, Customer and Market Orientation, Technology Leadership, Operational Excellence, Employees and Organization, Sustainability.

Fuchs Lubricants Germany GmbH will make a significant contribution in the areas of customer and market orientation as well as operational excellence, he said.

“The vision of the FUCHS2025 journey is ‘Being first choice’, i.e. being the first choice for our customers, business partners and future employees. We are convinced that the merger into ONE high-performance organization is an important step towards fulfilling this vision.  The merger will enable us to create an even better, customer-focused organization while setting the stage for profitable growth and a unified global view of our business,” said Fuchs. 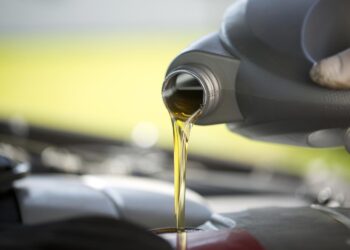