At a press briefing yesterday in Tokyo, Japan, Honda Motor Co. President Toshihiro Mibe said the key challenge in the EV era is the global procurement of batteries. Honda has two basic approaches for its battery procurement strategy. For the time being, it will strengthen external partnerships in different regions, including with General Motors in North America, CATL in China, and Envision AESC in Japan.

Starting the second half of the 2020s, Honda will further accelerate its independent research and development of next-generation batteries. For the all-solid-state batteries it currently has under development, Honda will build a demonstration line, investing approximately JPY43 billion (USD342.3 million), with a goal to make it operational by Spring 2024. Honda aims to adopt its next-generation batteries to models to be introduced to the market in the second half of the 2020s.

Specific plans for the market introduction of electric vehicle models are as follows:

After the second half of the 2020s, Honda will begin introducing the best EVs from a global perspective, assuming that EVs would become very popular by that time.

In 2026, Honda will begin adopting Honda e: Architecture, an EV platform that combines the hardware platform and software platform. Through its alliance with GM, Honda is planning to introduce affordable EVs in 2027, with a cost and range that will be as competitive as gasoline-powered vehicles, starting from North America.

Through these initiatives Honda is planning to launch 30 EV models globally by 2030, with a full lineup from commercial-use mini-EVs to flagship-class models, and Honda is planning for production volume of more than two million units annually. 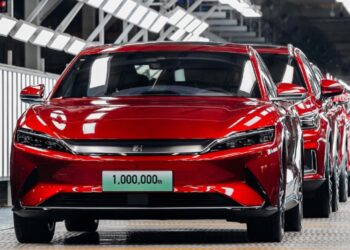