Shell Recharge is currently available at the Shell Pluit 1 gas station, North Jakarta, with a fast charging power of 50kW. The power charging process from 0-80% can be done in approximately 30 minutes.

Amid the Covid-19 pandemic, Indonesia began its transition towards clean energy, especially in its transport sector, which is the largest user of fossil fuels after the industrial sector. Indonesia sits on approximately 24% of the world’s nickel reserves. Nickel is one of the raw materials for electric vehicle batteries, and this is one of the key factors driving the government’s efforts to electrify the country’s vehicle fleet of more than 133 million vehicles, almost all powered by internal combustion engines at present.

Last weekend, the Indonesia Battery Corporation (IBC), which is owned by four state-owned enterprises (SOEs) in the mining and energy sector, was officially formed. The company’s focus is on developing electric vehicle batteries from upstream to downstream. The investment in Indonesia’s battery industry from upstream to downstream will reach USD17 billion by 2030, with a battery production target of around 140 gigawatt hours (GWh).

Shell currently has a strong integrated downstream business presence in Indonesia. Shell was the first international oil and gas company in Indonesia to enter the retail fuel oil business. Currently, Shell has more than 140 gas stations in Jakarta, Banten, West Java, East Java and North Sumatra. In 2006, Shell started its Commercial Fuels (commercial fuel), Marine (shipping) and Bitumen (asphalt) business in Indonesia. In addition, Shell provides lubricant products and technical support to customers in the industrial, transportation and mining sectors. Shell is also recognized as a leading international company with the largest lubricant market share in Indonesia, serving bikers and industrial customers. Shell’s commitment to invest in Indonesia and support the development of the manufacturing industry in this country is manifested by the construction of a Shell lubricants factory in Marunda, Bekasi, with a production capacity of 136 million liters (120 thousand tons) of lubricants annually.

In the upstream sector, Shell is a strategic partner of Inpex, the operator of the Masela PSC which includes the Abadi gas field. 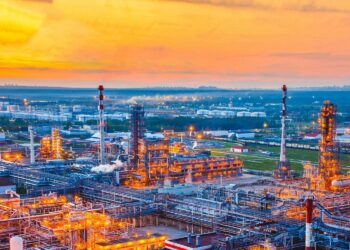