Pilipinas Shell announced today that it is permanently shutting down its oil refinery operations in Tabangao, Batangas, on the main Philippine island of Luzon, after suspending refinery operations last May 24 due to reduced fuel demand from Covid-19.

The Tabangao Refinery commenced commercial operations in 1962, with an initial nameplate capacity of 30,000 barrel-per-day (bpd). Pilipinas Shell started the construction of a bigger and more modern Tabangao Refinery in 1993, completing the refinery upgrade in 1995 to 110,000 bpd. The latest refinery upgrade was completed in 2015, which allowed the oil refinery to produce Euro-4 compliant fuels, at the cost of PHP 6.7 billion (USD 148 million).

Shell said it will transform the oil refinery into a world-class full import terminal to optimize its asset portfolio and enhance its cost and supply chain competitiveness. The Tabangao facility will continue to cater to the fuel needs of Luzon and Northern Visayas, while the North Mindanao Import Facility (NMIF) in Cagayan de Oro, which commenced commercial operations in 2016, will serve the growing energy needs in the balance of the Visayas islands and the whole Mindanao region.

The Shell announcement leaves the Philippines with only one oil refinery, the 180,000 bpd Bataan refinery in northern Luzon, owned by local firm Petron Corp., and follows a similar move by Caltex Philippines (now Chevron Philippines) in 2003.

“We have the technical capability and financial flexibility to manage and adapt to disruptive conditions. Due to the impact of the Covid-19 pandemic on the global, regional, and local economies, and the oil supply-demand imbalance in the region, it is no longer economically viable for us to run the refinery,” says Pilipinas Shell President and CEO Cesar Romero.

Demand crash
According to the Philippine Department of Energy, demand for petroleum products declined by 20% to 30% in March, and by as much as 60% to 70% in April during the imposition of the enhanced community quarantine, compared to February 2020 levels.

This is reflected in the company’s performance, as Pilipnas Shell ended the first half of 2020 with a PHP6.7 billion (USD136.7 million) net loss, compared to PHP3.7 billion (USD75.5 million) income in the same period last year.

Inventory holding losses were substantial at PHP5.8 billion (USD118.4 million), as the price of crude oil plummeted from USD67 per barrel at the end of December 2019 to USD20 per barrel in April.

Aviation fuels registered 43% decrease in volume in the first half of 2020 compared to the same period last year. Bitumen local volume decreased by 62% compared to previous year’s figures.

Despite seeing volume and earnings recovery in the months of May and June, the company remains cautious given the spike of Covid-infected cases in the country and the consequent decision to place Metro Manila, Bulacan, Cavite, Laguna, and Rizal under modified enhanced community quarantine (MECQ) again.

To ensure the company remains financially resilient, and to preserve cash, the board of directors of Pilipinas Shell has decided to cancel dividend payouts for 2019 financial results.

“We are committed to make the right sustainable decisions now to protect our shareholders for the long-term,” says Romero. 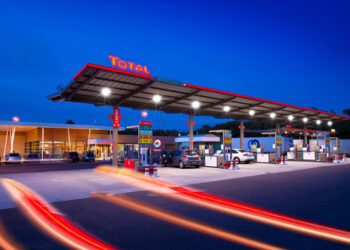 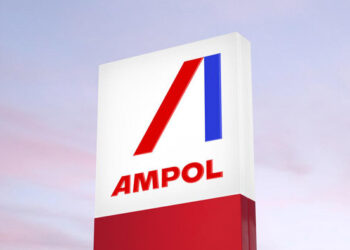